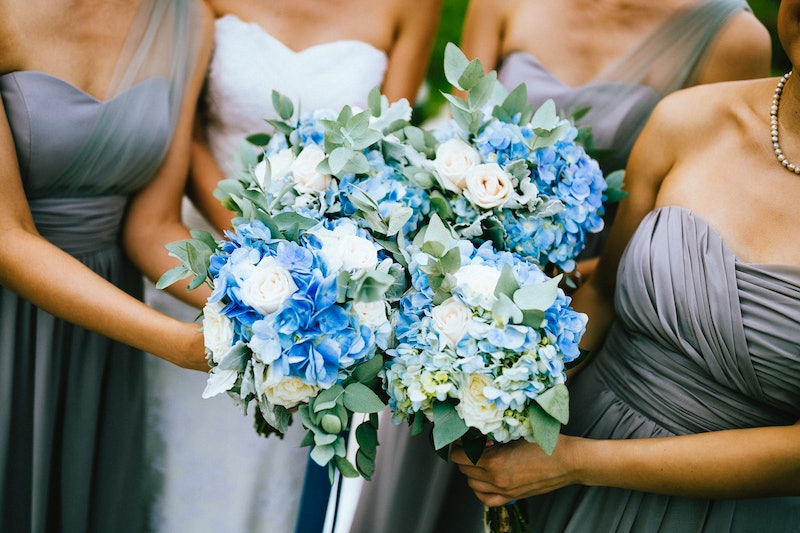 It’s usually an honor when a close friend asks you to be a bridesmaid at her wedding, but according to a recent survey, Katherine Heigl’s character in 27 Dresses must have been pretty loaded because playing a role in your friend’s special day can also be pretty costly. Being a bridesmaid in the United States can cost an average of $1,500, depending on where you live.

Weddington Way, a wedding shop with pop-up stores in major cities around the country, surveyed over 1,000 bridesmaids to get some info on the “less glamorous side” (aka expenses) of being part of the main event. According to the survey, the average woman will be a bridesmaid about three times in her life before she turns 27. Sure, spending about $1,500 every year or so in your mid-20s for an event that’s not even about you may make you think twice about the expense, but then again, maybe not so much.

As the survey found, most bridesmaids have actually known the brides for quite some time. One in four bridesmaids said they knew the bride because they were relatives, 19 percent said they knew them from college, 18 percent said they were friends since childhood, 17 percent in middle or high school, and the rest through work, friends, or grad school. Being a bridesmaid may be costly, but at the end of the day, it's definitely worth it. Here’s what it costs to be a bridesmaid in the United States today:

It’s finally time for the main event. The average cost of travel and lodging will set you back about $317. As a recent RetailMeNot study found, people will typically spend anywhere between $45 to $195 on a wedding gift. According to the Weddington Way survey, since you’re in the bridal party, you’re looking at spending an average of $125 on the wedding gift. Overall, your total budget for wedding expenses should be about 33 percent of the entire total.

4. On Average, Bridesmaids Will Spend About $1,324… But Location Matters

According to the survey, people in the Northeast region of the United States typically spend the most overall. In fact, they usually spend about $1,466 in total for everything from the dress to the shoes to the bachelorette party, etc. Bridesmaids from the West typically spend an average of about $1,367, those in the South spend about $1,292, and those in the Midwest spend the least at $1,178 in total. That’s usually because travel, lodging and event expenses tend to be higher in some areas than others.

5. But Brides Will Also Pitch In