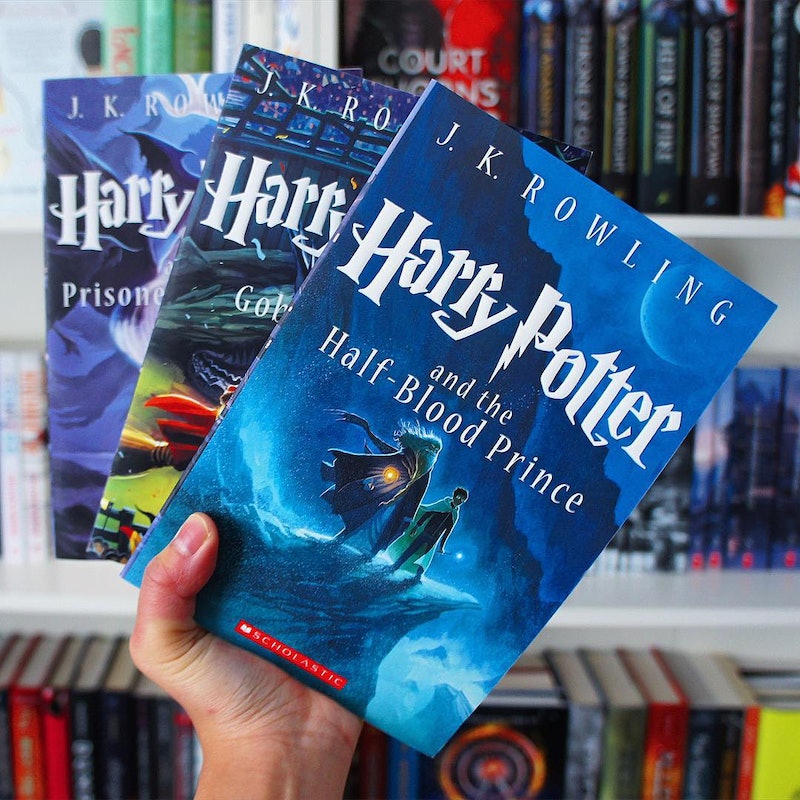 If you’re a self-proclaimed “Potterhead,” then you know the types of quotes I’m talking about. They’re the quotes that may not stand out to the casual Harry Potter reader, but that you — die-hard fan that you are — can instantly place within the text: you know exactly what was happening, and who it was happening to, and why it was so important/funny/shocking/touching. You, who have spent so much time inside Rowling’s world, are able to pick up on the subtle nuances of these quotes — they’re the kind of lines that readers only truly understand after you’ve grown to know the novels’ characters really, really well. And that’s what makes them so great. Like that old friend who knows exactly what you’re thinking before you even say it, these quotes remind you of the relationships you’ve built with Rowling’s characters — fictional, sure, but just as fully-formed as many of the flesh-and-blood characters you know in real life.

Here are 16 Harry Potter quotes that only die-hard fans will recognize.

1. He took off his thick black coat and threw it to Harry.

“You can kip under that,” he said. “Don’ mind if it wriggles a bit, I think I still got a couple o’ dormice in one o’ the pockets.”

2. “I hope you’re pleased with yourselves. We could all have been killed — or worse, expelled.”

3. “Always use the proper name for things. Fear of a name increases fear of the thing itself.”

4. Harry leaned forward to see Hagrid, who was ruby-red in the face and staring down as his enormous hands, his wide grin hidden in the tangle of his black beard.

“We should’ve known!” Ron roared. “Who else would have assigned us a biting book?”

— J.K. Rowling, Harry Potter and the Prisoner of Azkaban

Harry considered for a moment.

Ron made a noise that might have indicated jubilation or disgust, it was hard to tell.

“Because she was crying,” Harry continued heavily.“Oh,” said Ron, his smile fading slightly. “Are you that bad at kissing?”

“Dunno,” said Harry, who hadn’t considered this, and immediately felt rather worried. “Maybe I am.”

“Fine,” snapped Mrs. Weasely. “Go naked. And, Harry, make sure you get a picture of him. Goodness knows I could do with a laugh.”

8. Hermione stood nervously between them, looking from one to the other. Ron opened his mouth uncertainly. Harry knew Ron was about to apologize and suddenly he found he didn’t need to hear it.

“It’s okay,” he said, before Ron could get the words out. “Forget it.”

Ron grinned nervously at him, and Harry grinned back.

"There’s nothing to cry about!” Harry told her, bewildered.

10. “Snape, headmaster! Snape in Dumbledore’s study — Merlin’s pants!” she shrieked, making both Harry and Ron jump. She leapt up from the table and hurtled from the room, shouting as she went. “I’ll be back in a minute!”

“ ‘Merlin’s pants’?” repeated Ron, looking amused. “She must be upset.”

11. “Bed rest and perhaps a large, steaming mug of hot chocolate. I always find that cheers me up.”

12. “Percy wouldn’t recognize a joke if it danced naked in front of him wearing Dobby’s tea cozy.”

— Ron Weasley, Harry Potter and the Goblet of Fire

13. “I’d love to go with you as friends!” said Luna, beaming as he had never seen her beam before. “Nobody’s ever asked me to a party before, as a friend! Is this why you dyed your eyebrow, for the party? Should I do mine too?”

14. “Time is short, and unless the few of us who know the truth stand united, there is no hope for any of us.”

15. “What are you doing with all those books anyway?” Ron asked, limping back to his bed.

"Just trying to decide which ones to take with us," said Hermione. "When we're looking for the Horcruxes."

"Oh, of course," said Ron, clapping a hand to his forehead. "I forgot we'll be hunting down Voldemort in a mobile library."

“At your aunt and uncle’s house,” said Ron. “And then we’ll go with you wherever you’re going.”

“No —” said Harry quickly; he had not counted on this, he had meant them to understand that he was undertaking this most dangerous journey alone.

“You said to us once before,” said Hermione quietly, “that there was time to turn back if we wanted to. We’ve had time, haven’t we?”

"We're with you whatever happens," said Ron.