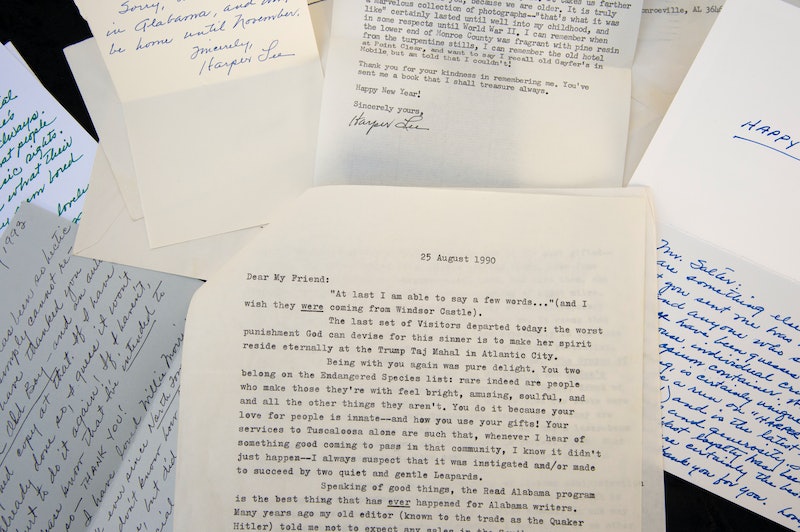 At an auction that saw 29 of her papers on the block, Harper Lee's anti-Trump letter sold for $3,926 on Thursday. Handled by Nate D. Sanders, the sale saw many of the author's letters bought for around $1,000, but her diatribe condemning Atlantic City's Trump Taj Mahal was the event's hottest ticket.

Lee's anti-Trump letter was not among the first of her papers to go to auction. In June 2015, Christie's auction house handled the sale of six typed letters from the author, which featured details about Lee's father, who was the model for Atticus Finch. Although those documents were expected to sell for up to $250,000, they failed to draw buyers. They do not appear to have been included in the Nate D. Sanders auction.

Since Lee's death in February, the author's estate has begun to make decisions regarding her literary legacy. The first of these was the early-March announcement that Hachette's mass-market paperback edition of To Kill a Mockingbird would be retired in favor of pricier trade paperbacks. That decision stirred up controversy, because the mass-market version is a favorite of high schools around the country, who often teach To Kill a Mockingbird in 9th grade literature courses.

On April 9, Potomack Company will auction 15 of Lee's handwritten letters in Alexandria, Virginia. The items up for grabs will be on display, beginning Saturday.