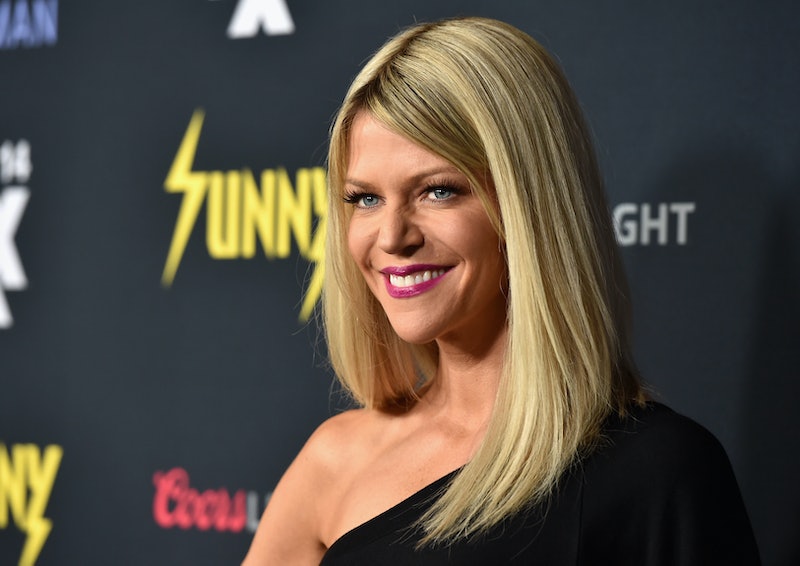 Unfortunately, online trolling may never be a thing of the past. But to me, what matters is how we move forward and choose to deal with people who choose to shame and bully on the web. If there's one woman who is continually rising above that nonsense, it's It's Always Sunny in Philadelphia star Kaitlin Olson.

When the cast of the epic FXX show was asked about keeping up with fans on social media at the Paley Center’s It's Always Sunny in Philadelphia panel in Los Angeles over the weekend, not everyone was on the same page. Co-executive producer and cast member Glenn Howerton admits that he does keep up with fan reactions, but just laughs many of the negative ones off. "I go on Twitter after every episode and read what people think," he says. "I'm not one of those people who's like, 'I never read your reviews.' I read 'em all. Even the bad ones, I love it. I love that s--t, man. I just think that s--t's so funny."

Olson, the one female holding down the male-dominated gang, acknowledges the hate she once received on the most random platform ever. "I don't get really any negative response on Twitter," she says. "I will not do IMDb. There was a whole thread of whether I did or did not have a boob job."

No really, this exists. It's all on a message board titled "Implants?" which still exists on Olson's IMDb page. After telling us about the ongoing implant debacle, she laughed and quickly brushed it off like an unwanted stray hair on her perfect black ensemble of head-to-toe perfection.

Then, the truth came out. "I had a boob job! Yeah!," she yelled, prompting immediate laughter and applause from the audience.

Still, we're unsure if she was serious or just playing into the trolls' games. But honestly, who cares? She didn't take herself or the haters too seriously, and handled that situation perfectly. Because really, her implants, or lack thereof, are no one's business but her own.

Go on with your badass (with-or-without-implants self), KO.