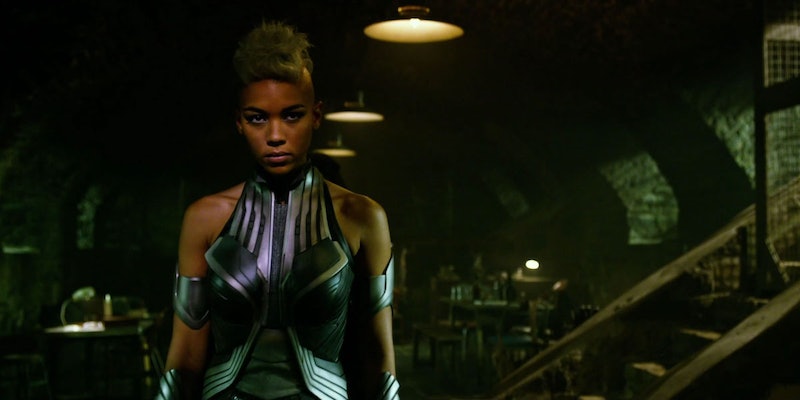 This is truly a time of plenty for fans of the X-Men. The franchise has rebounded from X-Men 3 to become a time-hopping, character-centric wonderland of awesomeness, which means it is the perfect time for some new X-Men to get their own movies. So far, Wolverine and honorary X-Man Deadpool are the only two characters to have solo movies, but when a franchise has a bench as deep as the X-Men's, there should be way more spin-offs happening.

Summer 2016 is bringing X-Men: Apocalypse and introduce younger versions of iconic characters like Storm, Jean, and Cyclops, and Wolverine 3 is slated for 2017, but I need more X-Men goodness in my life. The franchise has always felt like the ultimate superhero playground thanks to Xavier's school and an ever-expanding universe of heroes and villains with unique powers. I love Wolverine as much as the next X-Men fan, but he is just one character in an expansive world of characters who could carry their own movies.

When you have tortured bad guys like Magneto and quirky heroes like Kitty Pryde on your roster, how can you not put them front and center? The 11 X-Men below could all carry their own movies, and continue to make the franchise a force to be reckoned with.

Storm is one of the Marvel universe's most fascinating characters, but most of what makes her so interesting has yet to be shown on screen. X-Men: Apocalypse is set to change that by introducing Storm's backstory as an orphaned young woman with a royal African background who has spent most of her life using her powers to survive on the streets of Cairo. A solo film that sees Storm return to her homeland could be an exploration of how much she has grown and the perfect excuse to show the world the full extent of her powers. There is also the part where Storm's new portrayer Alexandra Shipp has some serious star power — she deserves to be a leading lady in her own movie.

Magbeto's complexity as a character will never cease to amaze me. He is played by two phenomenal actors — Sir Ian McKellen and Michael Fassbender — who have made Magneto a complex villain/anti-hero who no one can get enough of. A solo movie only makes sense, especially when the comic book The Trial of Magneto, a story that finds Magneto confronted with his demons, has never been adapted for the big screen.

While Kitty is still a relatively small character in the movieverse, she is a standout in the comics. She is a brave, funny young woman who has a pet dragon (which needs to be in the movies already). She also has a totally heroic arc in Joss Whedon's Astonishing X-Men run that is begging for the cinematic treatment.

Now that the timeline from the original films is no longer a factor, it is time to tell Rogue's story the right way. Her character's backstory is far more complicated than the original movies would have you believe. In fact, she originally debuted as a villain who was adopted by Mystique. If that origin story was restored, a Rogue movie could be enthralling.

Nightcrawler has one of the purest hearts of any superhero, and no matter how often he is feared because of his appearance, he believes in humanity. When he is in the movies, he steals every scene he is in, which makes him the perfect character for a solo movie. In his comic book adventures he has went dimension hopping and became a priest to fight injustices — either story would make for a completely original superhero movie.

20th Century Fox keeps toying with the idea of a Gambit movie, but it keeps getting pushed back. This is frustrating news for people like me who have basically been in love with Gambit since the '90s cartoon. Gambit is a roguish thief who is tangled up with an entire guild of thieves in New Orleans, and he needs a movie, STAT.

Mystique's struggle to accept herself and subsequent anger at the people who fear her makes her a character with the complexities it takes to carry her own movie. Again, the storyline of her raising Rogue could be restored leading to a Brotherhood of Mutants movie with Mystique as the group's leader.

Scott Summers is so under appreciated. The X-Men leader, known as Cyclops, is often thought of as the squeaky clean good guy, but there is a darkness to Cyclops that should be explored. A recent solo series sent Scott to space to reunite with his father, and I would not be at all mad if 20th Century Fox decided to get into the space movie business with Scott leading the charge.

A Quicksilver heist film would be the best, and you know it.

Recently, Iceman came out as gay in the Marvel comics, and I would love to see his movie counterpart follow suit. Iceman is a character who mixes wisecracks with genuine skill, making him a natural leading man. With the right setup, he could anchor his own movie and make history at the same time.

Jean is the most powerful mutant of them all, and when that power is unleashed in "The Phoenix Saga" she is basically unstoppable. Now that Sophie Turner has taken over the role of Jean, I need the movies to tackle "The Phoenix Saga" again in a couple of years because done correctly it will be mind-blowing.

The world of the X-Men offers endless possibilities for solo movies. I just hope 20th Century Fox will take advantage of a few unexpected options because there's not a single member of the team who wouldn't shine.