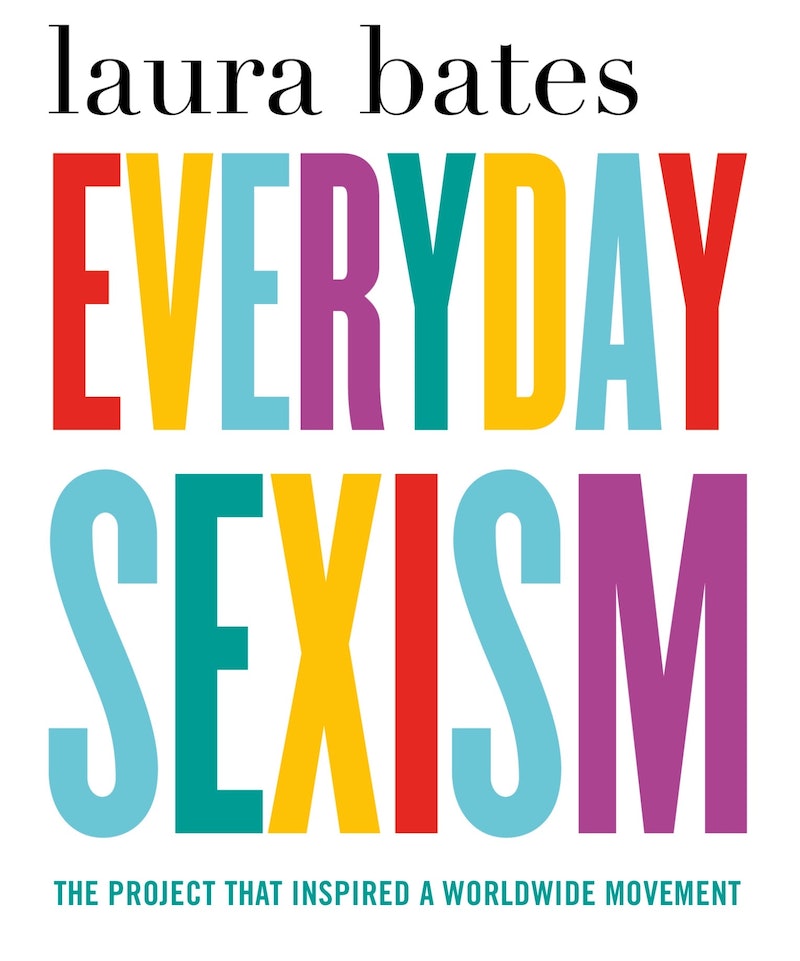 It has been four years since I started the Everyday Sexism Project, a simple website where people could share their experiences of gender inequality. If I had to sum up the changes I’ve seen in that time, and the 100,000+ entries we’ve received from people all over the world, I would probably say this: the more things change, the more they stay the same.

In the very early days of Everyday Sexism, we received an entry from a woman who wrote: “I’m 58, so I have too much to say in a small box. Here are some highlights arranged in decades.” Four years on, we are still receiving hundreds of entries every week from women experiencing everything from street harassment to workplace discrimination to sexual violence.

Four years on, we are still receiving hundreds of entries every week from women experiencing everything from street harassment to workplace discrimination to sexual violence.

A woman working in a video store wrote about how her manager would spank her every time she went up the ladder to the store room. A woman in the city was told to sit on her boss’s lap if she wanted her Christmas bonus. A man was congratulated for "babysitting" his own children. An Asian woman was walking with her boyfriend when a man shouted at them, asking if she was a "mail-order bride." A trans woman was hounded from a public restroom. A disabled woman was asked to do a pole dance around her walking stick. A female veterinarian was forbidden from touching a particularly prized horse. A 16-year-old girl was called a liar by her family when she reported abuse. A lesbian couple were chased down the street by men asking to "watch or join in." A 14 year old wrote that she was regularly groped by male classmates at school.

In 2012, when the project was just starting out, Rush Limbaugh was calling Sandra Fluke a "slut" and a "prostitute" for speaking out about contraceptive coverage in health-insurance plans. Anita Sarkeesian faced a viral hate campaign simply for talking about stereotypes of women in video games. Republican Senate candidate Todd Akin proclaimed that women couldn’t get pregnant in cases of "legitimate rape."

In 2016, as I write this, Donald Trump is attacking Ted Cruz by comparing the attractiveness of their wives, while Hillary Clinton faces misogyny at every turn. Meanwhile Robert Dear awaits trial after opening fire at a Planned Parenthood clinic, killing three people and wounding nine others.

The gender pay gap in the United States has barely budged in a decade, with women of color earning less than white women. The attack on women’s reproductive freedoms continues, with the number of anti-choice statewide measures enacted by lawmakers increasing from 755 in 2012, to 808 in 2013 and 835 in 2014. And every year, from Steubenville to Cosby, case after case emerges to prove that we are unable to tackle sexual violence without blaming and disbelieving victims.

It really is "everyday."

But while the problem remains, not everything has stayed the same over the past four years. Women are mobilizing, supporting one another and finding new ways to fight. Social media has been harnessed with hashtags like #ShoutYourAbortion, #YouOKSis and #IAmMoreThanADistraction to take on everything from abortion stigma to sexist and racist street harassment and biased school dress codes. Kiran Gandhi busted period shaming wide open when she ran a 26 mile marathon whilst free bleeding. Role models like Serena Williams and Viola Davis have spoken out eloquently about the sexist, racist double standards faced by women of color. Tatyana Fazlalizadeh has harnessed the power of art to combat the normalization of unwanted sexual advances. Janet Mock, Laverne Cox and many more are speaking out about trans rights. Rowan Blanchard and Zendaya are bringing awareness about feminism and the importance of intersectionality to a new generation.

But while the problem remains, not everything has stayed the same over the past four years. Women are mobilizing, supporting one another and finding new ways to fight.

And a new kind of Everyday Sexism entry is revealing that people are also finding their own very individual ways of protesting. One woman who was harassed by a man hurling abuse at her from a rooftop where he was working calmly removed his ladder and walked away. A man who heard two other guys shouting at a woman in the street to "get your tits out" pulled up his own T-shirt and showed them his. A woman who was harassed at work printed out a copy of her employer’s sexual harassment policy and left a copy on every desk in the office. A woman who was greeted every morning by a colleague who called her ‘big tits’ found that he stopped with miraculous speed when she started responding "hello tiny penis."

The battle is far from won, but women in their thousands are rolling up their sleeves to fight. In four years, I’ve heard a hundred thousand stories that have proved that the problem remains ingrained, wide-ranging and often ignored. But I still feel hope, because I’ve also met thousands of women and girls who will not give up until it is defeated.

Everyday Sexism by Laura Bates is on sale now.