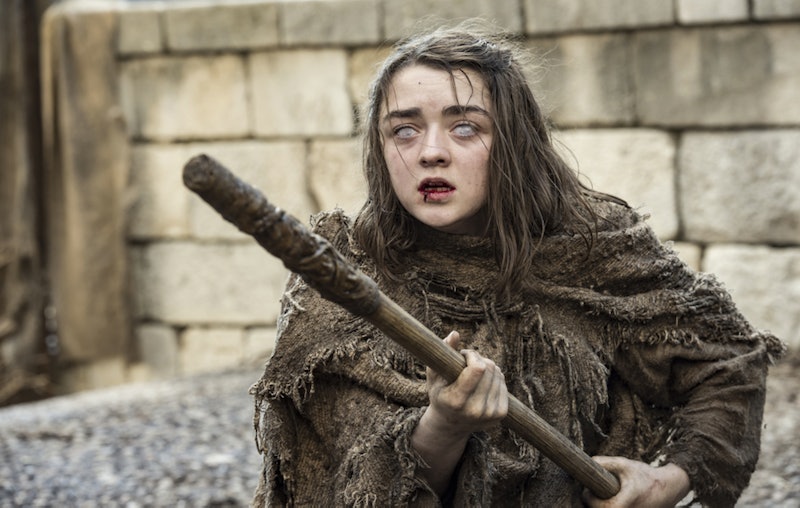 HBO knows us well, and they know we are obsessed with theorizing about what is going to happen to our favorite Game of Thrones characters come April 24, when Season 6 premieres. And those smarties are capitalizing on that love and need to understand the fate of our favorite characters (before they die brutally in front of our poor, wounded eyes and we don't know how to handle it). They are doing this with a new Game of Thrones after show called After The Thrones , which will premiere the day after the episode and recap it. The show will happen weekly and will air Mondays on HBO Now, HBO Go, and HBO on Demand. The show will be produced by Bill Simmons, as part of Simmons' deal with the network.

The hosts of the new show will be Andy Greenwald and Chris Ryan, who know what's what in Westeros considering they were the hosts of a Game of Thrones podcast from Grantland called Watch The Throne.They also hosted another podcast about pop culture called The Watch, in which cover a range of issues. These guys have basically been preparing their entire lives for this moment, and, honestly, so have I.

HBO really knows their audience. They know that we have read all the theories we can possibly get our hands on about what's going to happen in Season 6. They know that we spend hours theorizing whether or not Jon Snow will come back from the dead, or if Sansa is pregnant with Ramsay Bolton's baby. They know that, after particularly brutal episodes, all we want to do is talk about how messed up it was, and then read more fan theories about what will go down next.

So stay strong GoT fans. We might have to watch some pretty horrible stuff this year, but at least now, the day after, we'll have some people to commiserate with.