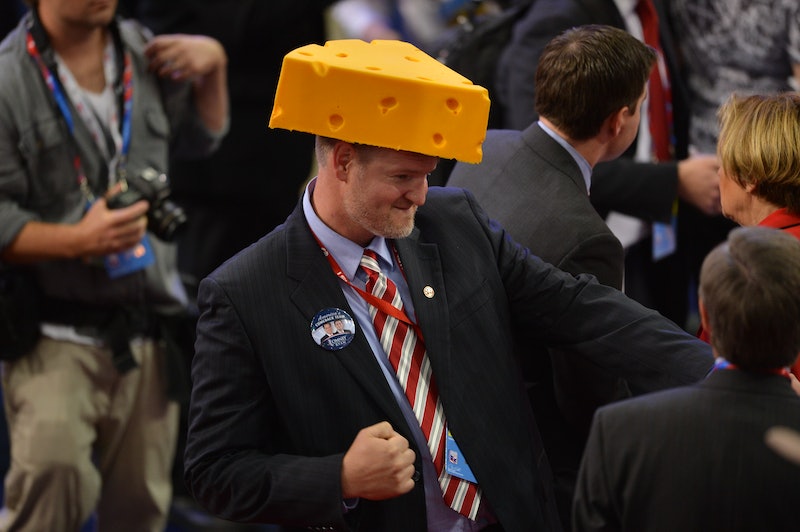 All eyes are on Wisconsin, which will hold its Republican and Democratic primaries on Tuesday. This is a race full of questions and nail-biting. Will we have a brokered Republican convention? Can Sen. Bernie Sanders come back from behind for a yuuuuge upset? Might we actually one day refer to a "President Donald Trump"? There's no telling for sure who will be named the official nominees at the party conventions in July, much less who the next president will be. But just for fun, we can keep our eyes on Sawyer County, Wisconsin on Tuesday. The county has a long track record of picking presidents — and the county's predictive history extends to the primaries.

Sawyer County is located in northwest Wisconsin. CNN reports that the county has voted in favor of the person who became president in every general election since 1964. And it's got a good record in the primaries as well — at least, as far back as 1992, the earliest year for which U.S. Election Atlas has data about the county's primary results.

In the 1992, 1996, and 2000 primaries, Sawyer County residents voted massively in favor of the eventual presidential nominees. In the 1992 Democratic primary, Bill Clinton won with about 39 percent of the Sawyer Country vote, while second-place candidate Paul Tsongas nabbed about 17 percent. Bob Dole beat out Pat Buchanan 56 to 33 in 1996 in the county. In 2000, the people of Sawyer County were more united; 67 percent of Republican voters backed George W. Bush, while 87 percent of Democratic primary-goers voted for Al Gore.

Margins begin to decline when we get into the 2000s. In 2004, residents of the county voted in favor of John Kerry over John Edwards by 18 percent. In 2008, John McCain beat Mike Huckabee by 11 percent, and Barack Obama won against Hillary Clinton by 10 percent. Though they did vote in favor of the eventual Republican nominee, Mitt Romney, in 2012, it was just barely. He garnered 39.9 percent of Sawyer County's votes, compared to 39.47 percent for Rick Santorum. The Sawyer County government's website reported that there was a difference of only 10 votes between the candidates.

The 2016 election has been anything but politics as usual, and we certainly can't call anything based on the voting in Sawyer County on Tuesday. But it could be a fun thing to nerd out with friends about. While it'll be exciting to see if the county picks the presidential nominees, we'll have to wait a few months to see if Sawyer County residents are on point about the president once again this election.