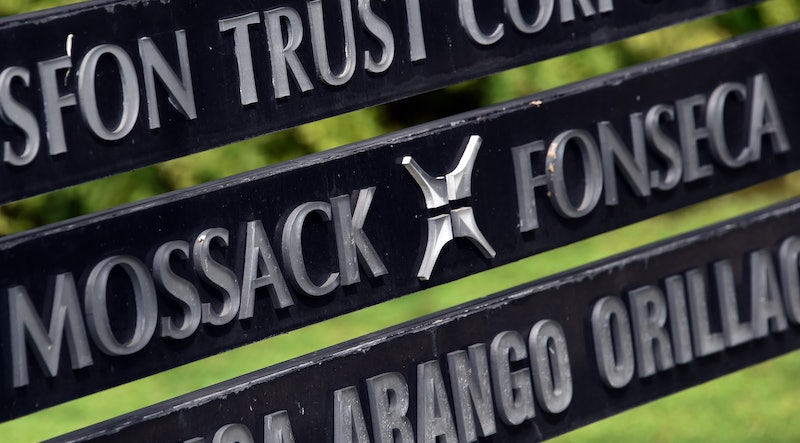 News organizations around the world were breaking news about the Panama Papers on Sunday. After a year-long investigation conducted by the International Consortium of Investigative Journalists (ICIJ) and its partners, a trove of 11.5 million documents from the Panamanian law firm Mossack Fonseca were released. An anonymous source released these documents through encrypted communication more than a year ago. With so many millions of documents in question, you might be left asking: How long are the Panama Papers? Süddeutsche Zeitung digital editor Stefan Plöchinger tweeted there was "more to come."

It's difficult to gauge the length of the Panama Papers since all of the documents haven't been released. However, we know that 11.5 millions documents were provided from the anonymous source, and they're mostly PDF files, emails, and photos that belonged to Mossack Fonseca. News outlets are understandably weary about releasing these documents, as they need to confirm that these allegations are accurate before making any claims against the Panamanian firm.

The documents collectively spanned nearly 40 years of Mossack Fonseca's history and details on 214,000 offshore entities. The people involved with these companies represented more than 200 countries and territories around the world, including politicians, public officials, and world leaders. As of April 4, the ICIJ website had released seven articles that summarized findings from parts of numerous leaked documents, and it will continue to do so.

The seven stories released on the ICIJ website range from FIFA officials allegedly using offshore companies to a reported $2 billion hidden away in banks for some of Vladimir Putin's associates. For each article, ICIJ included an estimated time that it would take the average reader to read these stories, which ranged from six minutes to 13 minutes.

Although these articles reference information allegedly gathered from the leaked documents, it doesn't include any photos or uploads of the documents, nor does it specify how many of the documents were used to research for each article. With 11.5 millions files from Mossack Fonseca, it would be beneficial to know how long the Panama Papers are, meaning how many of these documents were actually useful and provided information included in the seven released articles.

Another article released by ICIJ alleged that Azerbaijani President Ilham Aliyev's children built an empire of hidden wealth. The number of leaked documents reportedly used to find this information was not disclosed in the article. However, the article mentioned the alleged information came from documents, files, and emails.

In attachments to a "High Importance" email sent to Mossack Fonseca in February 2005 by a lawyer representing the Azeris, documents proposed that then six-year-old Heydar Aliyev, the president's son who is known in the files as "A1," be made the beneficiary of 20 percent of the foundation's proceeds.

The ICIJ website will continue to release articles that have allegedly gathered information from these unreleased documents. You can read all seven currently released articles on the website. Until a news organization or the ICIJ decides to disclose all the documents to the public, or until someone writes a comprehensive edition of the Panama Papers, it might be a while until we know exactly how long these papers are.