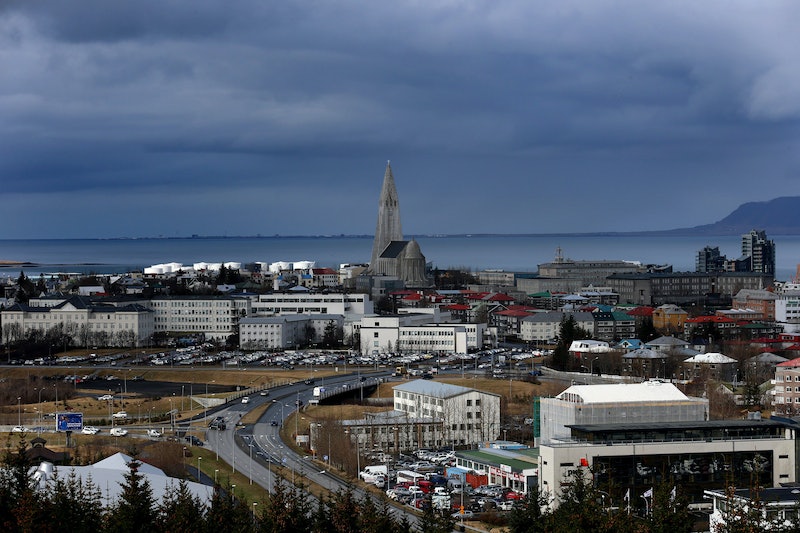 More than 70 people, including world leaders and people connected to them, have been allegedly implicated in the Panama Papers, a collection of 11 million leaked documents from Panamanian law firm Mossack Fonseca that claims the company has helped people around the world launder money and evade taxes. The company has claimed no wrongdoing, and those connected to it have been following suit. An investigation into the documents by members of the International Consortium of Investigative Journalists turned up many high-profile names from around the world allegedly connected to the law firm. But the country most affected by the Panama Papers will likely be Iceland.

In 2007, Gunnlaugsson and his wife, Anna Sigurlaug Pálsdóttir, reportedly bought an offshore company called Wintris, BBC News reported. Gunnlaugsson entered Parliament in 2009 and allegedly did not report his connection to the company, selling his half of it to Pálsdóttir for $1 after eight months in office. According to BBC News, the Panama Papers claim that Wintris had invested in bonds from three large Icelandic banks that collapsed following the 2008 economic downturn.

This led to the allegation that Gunnlaugsson had a undeclared conflict of interest when making decisions about banks as prime minister, an office he has held since 2013. BBC News noted that he resisted the efforts of foreign creditors to get their full deposits back from the collapsed banks; if they had succeeded, it reportedly could have negatively impacted the value of his wife's company's bonds.

Gunnlaugsson claimed no wrongdoing, saying that taxes on the company were paid to Iceland and that his decisions regarding banks were based on the interests of the public and not his own or his wife's interests, according to The Guardian. But the people of Iceland don't seem convinced. An online petition demanding the prime minister's resignation quickly gained over 23,000 signatures (there are only 330,000 people in the country, The Guardian reported). According to ABC News, Gunnlaugsson responded to the call defiantly: "I have not considered quitting because of this matter, nor am I going to quit because of this matter."

Members of opposition parties in Iceland will hold a confidence vote later in the week. According to Bloomberg, a motion for the vote came from Iceland's Pirate Party, whose spokeswoman Birgitta Jónsdóttir said the vote may take place on Thursday. A vote of no confidence from Parliament could lead to Gunnlaugsson stepping down and early elections being held in the country, which was due for a general election in 2017.

The country would be in position to replace Gunnlaugsson's center-right government with a more left-leaning administration. Iceland's Pirate Party, only three years old, would possibly rise to power if elections were held soon, according to the most recent public opinion poll. Quartz reported that the party developed out of a citizen protest movement, and that it supports net neutrality, direct democracy, and government transparency.

Iceland has had a tough run since the 2008 economic crash, and the political instability and loss of trust resulting from the Panama Papers are fresh blows. Their revelations could lead to a whole new government in the country.