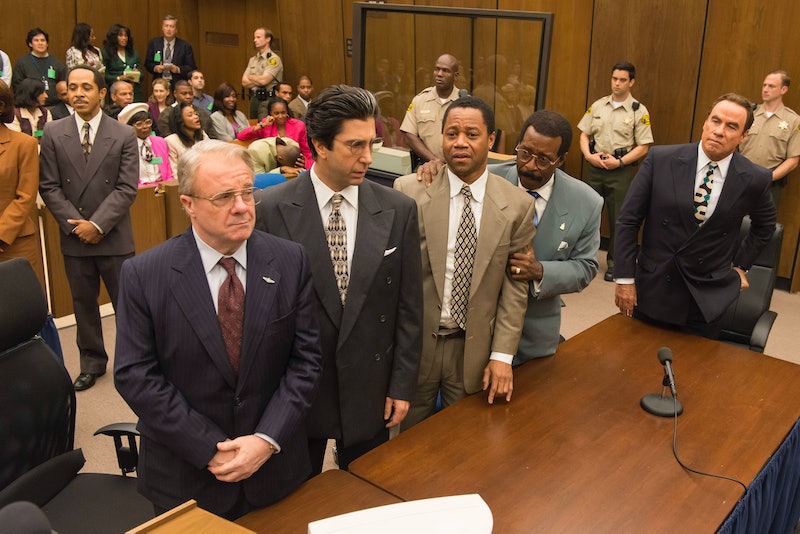 Earlier: The biggest indication that American Crime Story will eventually arrive on the streaming site is that its sibling show is already there. You can find the first four seasons of American Horror Story on Netflix, which is a good indication that ACS will be joining Ryan Murphy's campier show on the platform within the next year. However, as the streaming market grows more competitive, ACS may find itself along FX's other anthology crime show Fargo, which streams exclusively on Hulu.

Yet no matter what streaming platform American Crime Story ends up on, it can't get there soon enough. If you can't stand the wait, here are some streaming programs you can watch while you anticipate ACS's arrival.

This sports documentary, consisting solely of news and media footage, recreates the date June 17, 1994 by showcasing various major events in professional sports. These include Arnold Palmer's final round of golf at the U.S. Open, a game between the New York Knicks and the Houston Rockets, and O.J. Simpson riding in the back of a white bronco in a massive police chase with a gun to his head. That last one kind of overshadows the others.

If You Liked The Investigation: Making A Murderer

This beyond-popular Netflix docuseries has a very different focus than American Crime Story, but what these cases do have in common is their intricate looks at the complicated criminal justice system.

If You Liked The Lawyers: The Good Wife

Fans of the legal proceedings of ACS will find a lot to enjoy in The Good Wife. While The Good Wife is a fictional show, it pulls most of the court cases directly from real events, providing commentary on how people interact with each other in the context of the law. The first six seasons are streaming on Amazon Prime, and those episodes will go a long way towards closing the gap between now and the inevitable arrival of ACS on a streaming platform.

American Crime Story came out of the gate strong, and announced itself as a strong contender for best new show of 2016. More shows could take lessons from ACS, which serves as a masterclass in being patient with a story and exploring all of its details, no matter how minute they may seem. On a television landscape where many shows settle whole court cases in the length of an episode, ACS has proved that people will be happy to spend multiple episodes on a single case — and the ability to watch all the episode at once could add a whole new perspective to the viewing experience.