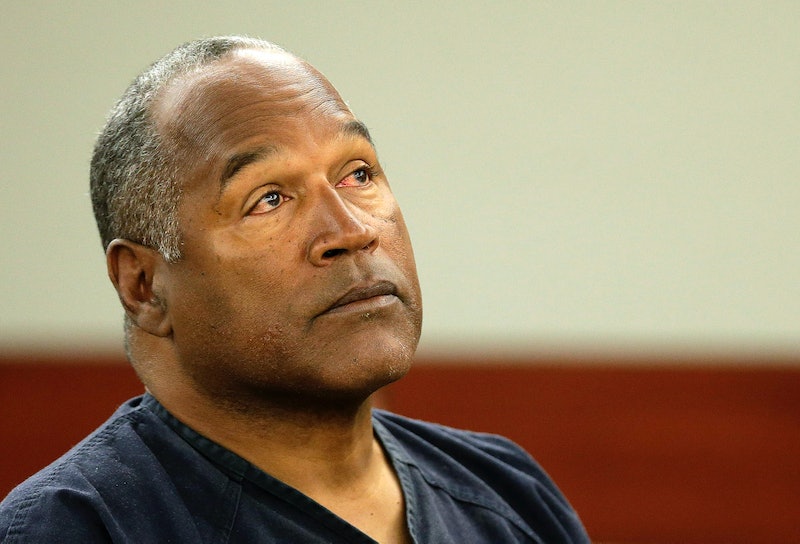 As American Crime Story has proven time and time again, the O.J. Simpson trial was full of shocking twists that eventually ended with his acquittal for murder. However, the surprises didn't end after the jury reached its verdict. Simpson was found liable in a subsequent civil trial and ordered to pay Nicole Brown Simpson and Ron Goldman's families a total of $33.5 million, but, believe it or not, Simpson won custody of his children with Nicole, Sydney and Justin.

According to the New York Times, California custody laws have always had an overwhelming tendency to grant custody to a child's biological parents whenever possible. But, given the intensity of the murder trial and public opinion of Simpson back then, that was a pretty shocking custody decision. Especially in light of his reported spousal abuse of Nicole. Although a different New York Times article reported that he denied such accusations in his civil trial, he had pleaded no contest to charges of spousal abuse back in 1989.

However, the NYT reported that Judge Nancy Wieben Stock refused to allow allegations about the murders into the custody proceeding, and she felt that there was no evidence to suggest that Simpson had ever or would ever abuse his children if they were left in his care.

Psychological testing, clinical observations and review of Mr. Simpson's history with the children does not yield a picture of a man who has in the past, or is likely in the future, to lose control of himself in such a manner as to emotionally or physically harm the children.

So, once again, the law proved to be on Simpson's side. As custody specialist Maryanne LaGuardia explained to the NYT in that article, "The standard is that the parent gets custody unless you can prove by clear and convincing evidence that it would be detrimental to the children."

However, that's not to say that Nicole's parents, Lou and Juditha Brown, didn't give up without a fight. A separate NYT article reported that after losing guardianship to Simpson, the Browns eventually filed for an appeal in 1998, which was granted by the appeal court judges who felt that "the grisly circumstances of the murder itself simply could not be ignored." ABC News reported that this then turned into a five-year custody battle and ended with Simpson still retaining custody of the children and eventually moving them to Florida.

But, perhaps the most significant part of this story is the fact that the children did want to be with their father. In fact, CBS News reported that the children even went so far as to write a letter to the appeal court judges asking to stay with Simpson. Ultimately this seems to be the reason the Browns let the case drop. According to the aforementioned ABC News article, the Browns' spokesman Jonathan Burrington confirmed that the kids wanted to remain in Simpson's care. “The children said to their grandmother, ‘I want to be with my father.' ... The Browns are going to allow the children to go to Florida and play it by ear.”

The Brown children both still live in Florida to this day.