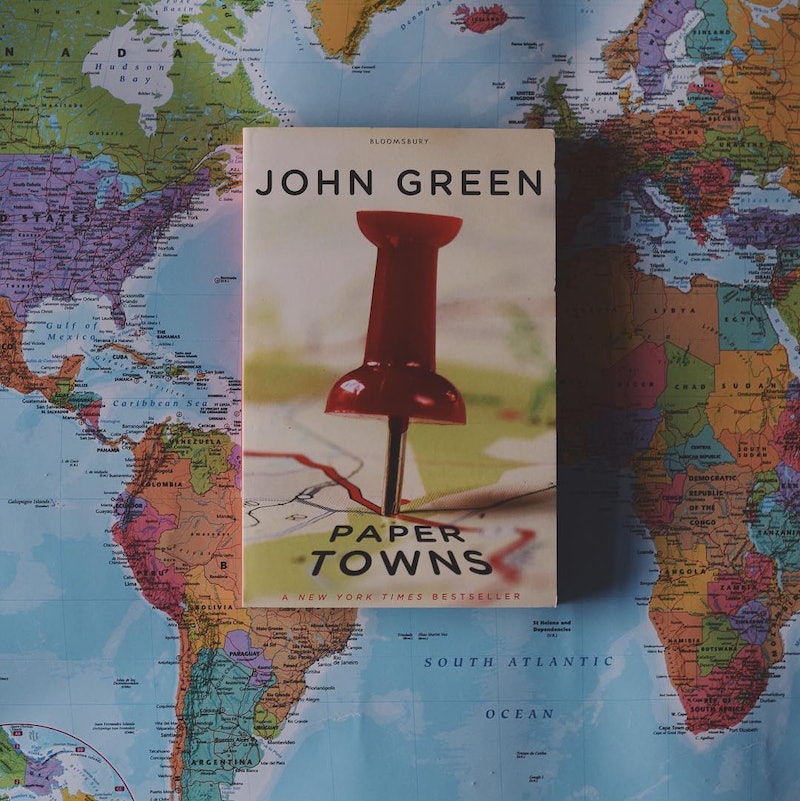 There’s nothing quite like fraught experience of teenage love and loss to get the quotable quotes flowing — just ask fans of John Green, whose YA novels pack some serious emotional punches. From childhood cancer to teenage suicide, from An Abundance of Katherines to Will Grayson, Will Grayson , John Green quotes will make you think, pull on your heartstrings, and leave you inspired. And that’s one of the reasons why his YA novels continue to garner such a large following — one that includes plenty of readers who prove you don't have to be a YA yourself to love YA lit.

According to an article in The Guardian, which celebrated the 10-year anniversary of Green’s debut novel Looking for Alaska last year, the writer once said that: “Maybe our favorite quotations say more about us than about the stories and people we’re quoting.” My personal favorite? An Abundance of Katherines’s: “Books are the ultimate Dumpees: put them down and they'll wait for you forever; pay attention to them and they always love you back.” (Though I’m not yet sure what exactly that says about me…) Whatever your fave quotables might be saying about you, there’s no denying that Green’s books are full of them — and maybe you’ll even discover your own on this list.

These 16 John Green quotes will definitely make you think — about life, love, loss, and best of all: books.

1. “My thoughts are stars I cannot fathom into constellations.”

― Augustus Waters, The Fault in Our Stars

2. “What a treacherous thing to believe that a person is more than a person.”

3. "Is the labyrinth living or dying? Which is he trying to escape — the world or the end of it?"

― John Green, An Abundance of Katherines

5. "Love is the most common miracle"

― Augustus Waters, The Fault in Our Stars

8. "The way I figure it, everyone gets a miracle. Like, I will probably never be struck by lightning, or win a Nobel Prize, or become the dictator of a small nation in the Pacific Islands, or contract terminal ear cancer, or spontaneously combust. But if you consider all the unlikely things together, at least one of them will probably happen to each of us. I could have seen it rain frogs. I could have stepped foot on Mars. I could have been eaten by a whale. I could have married the queen of England or survived months at sea."

9. "This is why we call people exes, I guess — because the paths that cross in the middle end up separating at the end. It's too easy to see an X as a cross-out. It's not, because there's no way to cross out something like that. The X is a diagram of two paths."

10. "It is so hard to leave — until you leave. And then it is the easiest goddamned thing in the world."

11. “Some infinities are bigger than other infinities.”

― Peter Van Houten, The Fault in Our Stars

12. "What matters to you defines your mattering."

― John Green, An Abundance of Katherines

13. "Imagining the future is a kind of nostalgia.""Huh?" I asked."You spend your whole life stuck in the labyrinth, thinking about how you'll escape it one day, and how awesome it will be, and imagining that future keeps you going, but you never do it. You just use the future to escape the present."

14. "I wanted to be one of those people who have streaks to maintain, who scorch the ground with their intensity. But for now, at least I knew such people, and they needed me, just like comets need tails."

15. "We are as indestructible as we believe ourselves to be."

16. "Books are the ultimate Dumpees: put them down and they'll wait for you forever; pay attention to them and they always love you back."

― Colin Singleton, An Abundance of Katherines