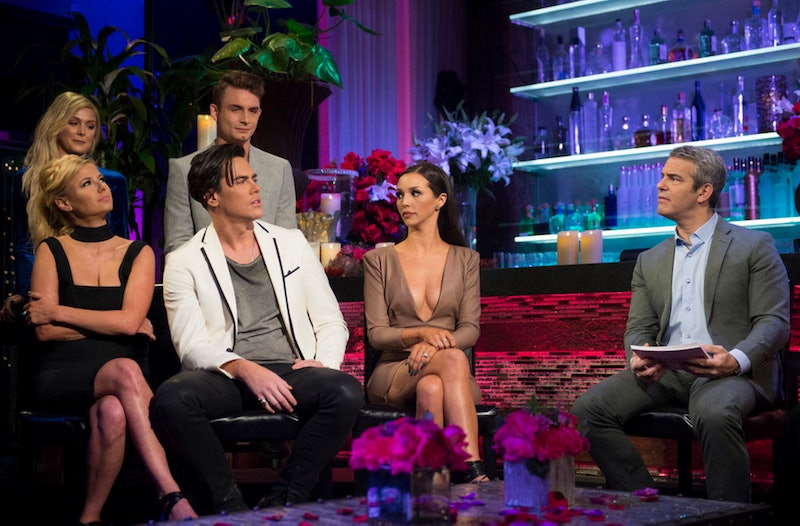 As the third chapter of the Vanderpump Rules Season 4 reunion trilogy wound down Monday night, the young British DJ pulled a total Mike Shouhed move. And I almost missed it. I. Almost. Missed. It. In the final few minutes of the episode, I thought I had enough time to go get the charger for my almost-dead laptop. But just as I stood up, I heard host Andy Cohen scold James for something. I froze in place and stared at the TV set. My laptop battery could wait. Andy was yelling at James for fiddling with his cell phone while the reunion cameras were still rolling, and I wasn't about to miss a second. As Andy continued to reprimand James, the disc jockey mumbled that he was frustrated at Andy for not bringing up his album, Pump Sessions . And by “mumbled,” I mean “faux-whispered at a cartoonishly loud volume.”

Andy was in no mood for this CD talk. The King of Bravo rolled his eyes, pulled a few faces, and let James know that they would not be using the final moments of the reunion to promote the album. James didn't want to let it go, but it was no use. The King of Bravo had spoken: the SS Pump Reunion would not be sailing to Pump Sessions Island.

When the rest of the room realized what was going on, most of the room was floored. Jax was audibly delighted. This was more or less the general response:

And with that, Manager Peter and Ken emerged from the shadows, signaling the end of the three-part masterpiece that was the Vanderpump Rules Season 4 reunion.

And thank you for everything, Pump Rules Season 4. Ain't nobody got me feelin' like I'm feelin' you.