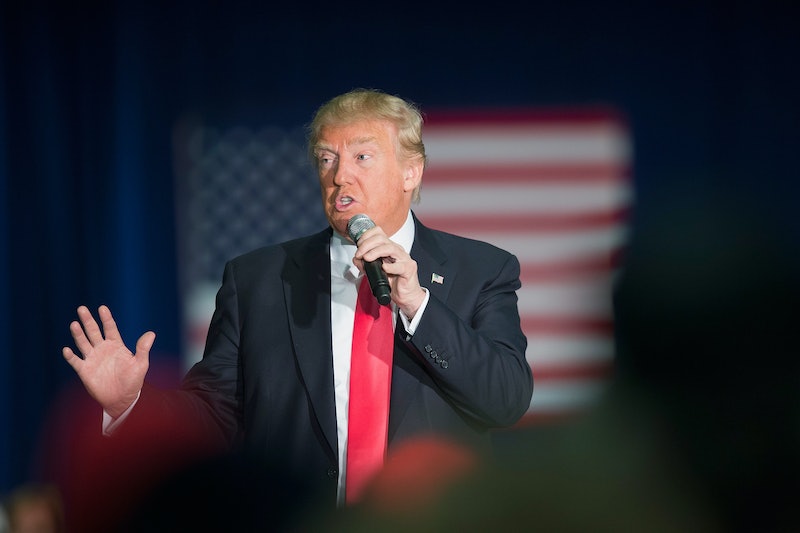 The Wisconsin primary is right around the corner, and it could very well mark a turning point in the Republican presidential race. Ted Cruz has a tenuous lead over Donald Trump in the Badger State, and if he wins, the odds of a contested convention will increase substantially. But let’s back up a bit: Why is Wisconsin so important in the Republican race? It all comes down to the delegate math — or to be more precise, Donald Trump’s delegate math.

The biggest uncertainty facing Republicans right now is whether or not Trump will win 1,237 delegates before the convention. If he does, he’ll almost certainly be the nominee. If he doesn't, the convention will probably be contested. Right now, it’s really, really close. One estimate predicts that Trump will win a total of 1,239 delegates when all is said and done, just two (!) more than required, while another forecast pegs his final total at 1,201, just 36 delegates short. Trump — and, many would argue, the fate of the Republican Party itself — is truly sitting on a razor’s edge.

That’s why Wisconsin matters. Regardless of who comes in first, the outcome will tip the delegate math in one direction or another. And because of how close the race is, that will give us more clarity on the likely Republican nominee than we’ve had for quite some time. If Cruz wins as expected, it’s going to be extremely difficult for Trump to hit the magic number of delegates. If Trump pulls off an upset, his path will become substantially wider, and while he won't necessarily be a shoo-in, he will have regained some of the traction he's lost in recent weeks.

Trump’s chances of getting a shot at the White House more or less hinge on him winning the majority of delegates, because he’s going to have a very hard time becoming the Republican nominee if the convention is contested. There are a few reasons for this, but the biggest is that Trump has largely failed to get his loyalists elected as delegates, and that’s an absolutely crucial part of winning a contested convention.

The polls in Wisconsin show a very close race, but Cruz does hold a small lead over Trump. Thanks to Wisconsin’s “winner-take-most” rules, the final delegate count will depend not only on the margin of the statewide vote, but also on the margin in each of Wisconsin’s congressional districts. This makes it nearly impossible to predict how the delegates will be allocated, since the individual districts usually aren't polled before the vote takes place.

The outcome of the Wisconsin primary will almost certainly change the state of the race in a big way. But it’s still anybody’s guess as to what that outcome will be.