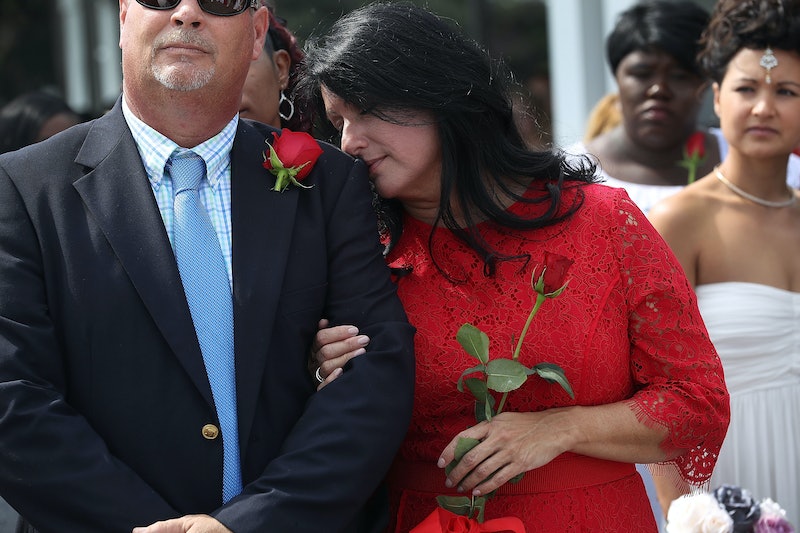 To hear middle-aged dudes tell it, women lose all interest in sex around the age of 40, but new research suggests that isn’t really the case. Sex is very important to midlife women, according to a new study from the University of Pittsburgh’s School of Medicine that surprised researchers and disgruntled husbands everywhere.

The study followed over 500 women between the ages of 40 and 60 over the course of four years. I’m not a scientist, so I’ll let WebMD describe the methodology:

Each year for four years, researchers queried the women about their menopausal status and physical health. In the fourth year, women were specifically asked about their sexual function -- how strong their sex drive was, how easy or difficult it was to reach orgasm, and whether they had any trouble with arousal or vaginal dryness, or felt pain during intercourse.

According to the research, over 85% of the women surveyed were still sexually active as they aged, especially those who considered sex to be “important.” Study author Dr. Holly Thomas said “Women who felt that sex was highly important were about three times as likely to continue having sex as women who thought it was a little or not important.”

Maybe all those dudebros are right about an epidemic of insatiable over-40 sex fiends, commonly known as “cougars.” Or maybe we’ve just been seriously underestimating the female sex drive since the beginning of time. Once women reach a certain age, society expects them to settle into their “mother” or “grandmother” roles, and forgo any displays of sexual desire.

The surprising finding in this study to me, though, was that most of these women reported significant sexual dysfunction even though they still considered it to be important. Even though many women are having bad sex, they’re still staying sexually active.

Some of these “sexual function issues” can likely be attributed to physical changes associated with age, like vaginal dryness. The findings could also mean, though, that more midlife women are seeking sexual aids to remedy their issues, like lubricants and arousal gels.

Even if all this “over the hill” sex isn’t perfect, these findings are encouraging. In the media, female sexuality seems to have an “expiration date” as women age, but it appears that most middle aged women just don’t care. Good sex is an important part of a good life, and it’s good to know that it doesn’t screech to a halt as soon as you start getting those AARP membership cards in the mail.