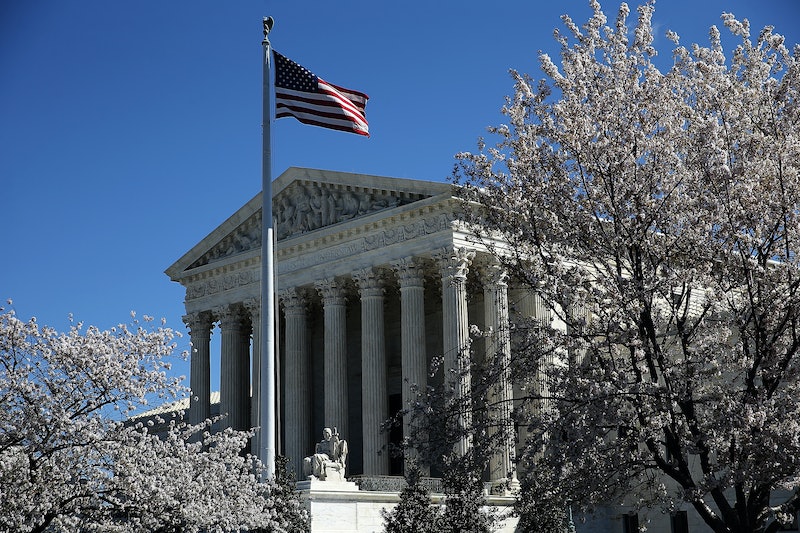 Despite the precarious four-four liberal-conservative split following the death of conservative bulwark Antonin Scalia, the Supreme Court made a definitive landmark ruling concerning the rules for drawing up legislative districts on Monday. The court unanimously defended the "one person, one vote" rule from the 1964 ruling, which counts every person when deciding on the size and shape of those districts. Under the challenge to the rule, non-citizens, children, and convicted felons would not have counted as people because of their ineligibility to vote.

The case was originally presented in Texas by the conservative activist group Project on Fair Representation, and presented some interesting points in its argument before the court. Eligible voters in districts with high ineligible populations have disproportionately high voting power, the plaintiffs argued, while voters in districts with high numbers of eligible voters then have relatively less power behind their vote. This is especially important in elections, when candidates can win delegates by district.

However, the court ultimately decided that every legal resident, citizen or not, enfranchised or not, needs representation by their electorate. All eight justices signed agreed with the decision, but Justices Clarence Thomas and Samuel Alito wrote separate concurring opinions. Justice Ruth Bader Ginsberg crafted the majority opinion, signed by the five other justices, and quoted Alexander Hamilton, who said: "“There can be no truer principle than this — that every individual of the community at large has an equal right to the protection of government.” At the heart of the decision was the protection of every legal resident in their right to representation on a legislative level.

The Democratic presidential candidates took to Twitter to state their opinions on the ruling. "In our democracy, every one of our voices should count. Glad the Supreme Court affirmed this fundamental right," wrote Hillary Clinton. Bernie Sanders extended the argument toward battling voter suppression, which his campaign has claimed it has suffered from. "Today, the Supreme Court helped ensure the equality of one person, one vote. Now, we must continue to fight all forms of voter suppression."

None of the three remaining Republican candidates commented on the ruling via social media — including Ted Cruz, whose home state was at the center of the case. It's a tough loss for the Republicans, who would have seen significant political benefit if the ruling had been struck down, due to a likely shift in power from cities to rural areas, which tend to vote conservative. The ruling technically allowed for Texas or any other state to revisit the issue at another time, so this case may not be over yet. In the future, some balance between the two extremes may be a stronger and less divisive option.