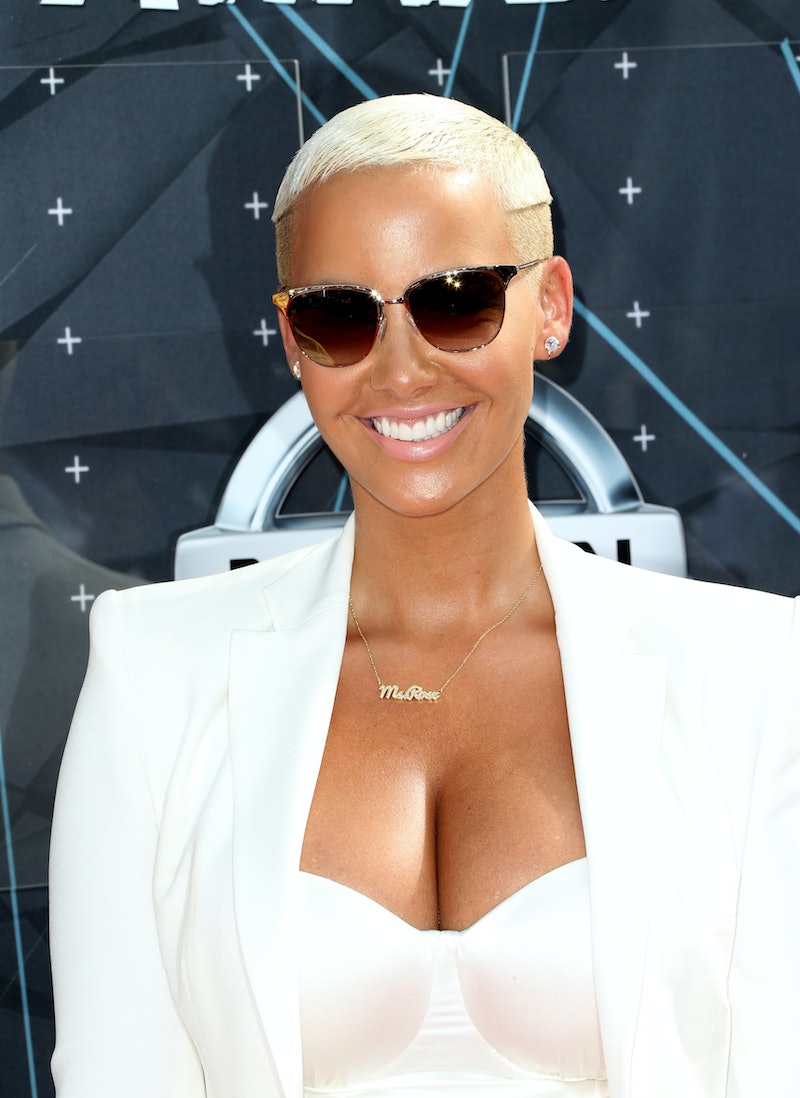 Well, the Kardashian family is about to get even bigger. On Tuesday, it was widely reported that Rob Kardashian and Blac Chyna are engaged, and while that news might be hard to swallow at first — Tyga would be his own son's uncle? Is that where we're at? — it does seem to be true. Not only is there video of what appears to be an engagement party on Twitter and Instagrams from both Kardashian and Chyna showing off a GIANT engagement ring, but now Chyna's BFF4L Amber Rose has confirmed the engagement news. Yep, this is really a thing, people.

Rose took to Instagram to post a happy photo of Kardashian and Chyna along with a caption that reads,

Congratulations to my Family @blacchyna and @robkardashian!!! 💍💍💍 Pease don't let nothing or no one tear u guys apart! I never seen my sis so happy and I couldn't be more happy for her! Sometimes we find love in the strangest places 😉 Lol God Bless you 2! Now let's get this wedding together so y'all can start making some babies 👼🏽👼🏽👼🏽👼🏽 #TrueLove #putaringonitsouknowitsreal #BlacRob

"Lol God Bess you 2" indeed! Chyna might soon be known as Blac Kardashian. Or, if they want to get progressive with it (please!) Kardashian may be soon known as Rob Chyna. Plus, if they get married and Kylie Jenner and Tyga get married there will be some complicated connections here that will need to be charted out in order to make sense. And I need to see these charts!!

Time will tell what ends up happening with these two, but I wouldn't be surprised if by April 5, 2017 we'll have gone through a televised wedding and an Arthur George x Lashed diffusion line with a baby Kardashian-Chyna on the way.

That, or they'll breakup by June.