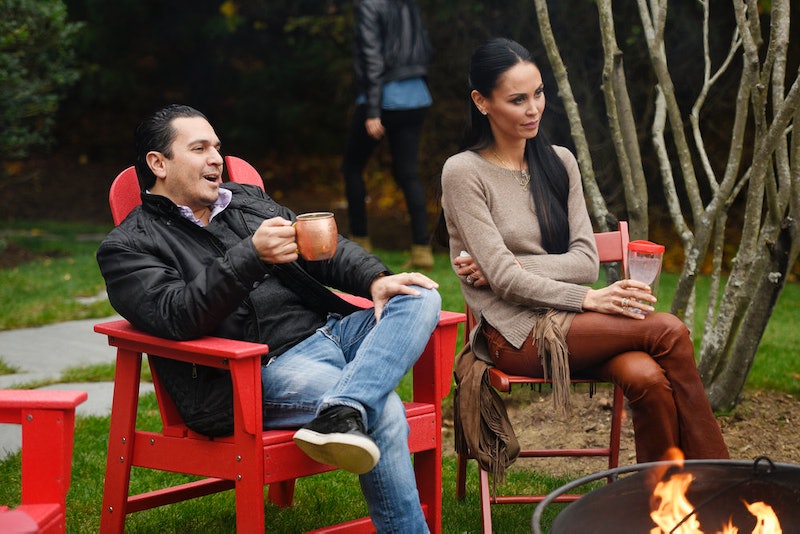 Julianne Wainstein is the sole addition to Real Housewives of New York City Season 8, and the new cast member will need to have a Big Apple-sized attitude in order to stand out among this collection of ladies. Luckily, she's is a friend of Dorinda Medley and a New Yorker to the core, so loudness and intensity should not intimidate her. But who is Jules' husband Michael Wainstein? Is he going to be a Josh Taekman type, constantly putting down his wife's self-esteem? Will he be more supportive, like the former Countess' former boyfriend, Jacques? This year, Jules will be the only married Housewife on RHONY, despite the series' name. So, she and Michael will be in a league of their own.

Hopefully, the pair will remain in a state of happily wedded bliss (I always root for reality shows to not break up people's marriages, even if the opposite is often true). And, his appearance on Real Housewives of New York will highlight Michael's many accomplishments. This guy is the real deal when it comes to successful businessmen — and he's even been a fixture in the New York social scene, so he might even upstage his wife a little bit when it comes to causing onscreen drama. Here's what you need to know about her beau before the show begins.

According to Jules' Bravo bio, Michael's biggest business accomplishment is being a principal at the Private Capital Group, a private equity firm that manages and invests money in different companies. According to the SEC, Michael became president of the company in 2001, and it's still going strong, even after the economic unsteadiness of the past fifteen years.

He Has A Law Degree

In the Wainsteins' wedding announcement in the New York Times, the paper reported that Michael has a law degree from New York Law School. He's currently not practicing law, but he did all of the reading that a law degree requires, and for that, I'm pretty sure that Michael is a smart guy.

They've Only Been Married For A Few Years

The NYT announcement reported that the wedding was pretty recent — the couple tied the knot in 2008.

He Once Got Into A Fight With A Famous Family

Michael made the news before RHONY cast his wife — back in 2013, the NY Daily News reported that Michael had a falling out with Daniel & Derek Koch, his former business partners. Michael ran Dual Groupe Hospitality LLC, a company that invested in "Day & Night," an annual event hosted by the Kochs. But after "Daniel Koch [allegedly used] a racial slur to describe Wainstein," the business partnership and personal relationship came to an end. The NY Daily News reported that "Jeremy Satkiewicz, a lawyer for the Koch brothers, denied his clients made the anti-Semitic remark."

The Wainsteins' Jewish Heritage Is Important To Them

In the RHONY Season 8 trailer, Carole says that if you talk to Julianne, she'll bring up her Japanese-Jewish heritage. I would love to see the RHONY at Shabbat dinner at the Wainsteins' house.

The Wainsteins have two children, a boy and a girl named Jagger and Rio. While some husbands on the show have complained about having to take care of their kids, it looks like Michael and Jules are both great parents. Michael Wainstein is many things: Successful businessman, husband, father, and a New York City fixture. Now, he's going to add Real Housewives of New York City husband to the list.