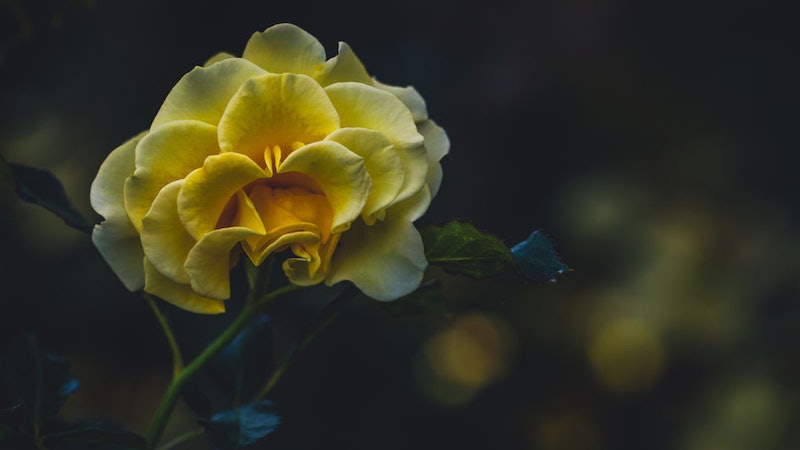 Because so much in our cultural ceremonies is geared toward a religious perspective on life and death, it can be incredibly difficult to navigate the funeral planning process when a person without faith ties passes. For the secular crowd, then, collecting non-religious funeral readings, songs, and ceremony information before their final days is essential.

This kind of funeral preparation is of particular importance if you come from a religious family, or are in an interfaith relationship. Folks raised in religious homes often have trouble separating their beliefs from those of the general populace, and that can make it even more difficult for them to begin planning a non-religious funeral. Try searching for "atheist funeral," and you'll see what I mean. So many people have no idea what happens at a funeral that doesn't involve a faith leader, prayer, and the promise of some form of life after death.

If you're a religious person who has found this article because you need secular funeral readings for someone else's ceremony, thank you for taking the time to plan a service that respectfully honors your loved one's memory. I know that this is a difficult period in your life, but you're doing great.

Here are 16 non-religious funeral readings from poems, submitted for your approval.

"When I am dead my dearest" by Christina Rossetti

"When I am dead, my dearest,

Sing no sad songs for me;

Plant thou no roses at my head,

Read "When I am Dead, my dearest" by Christina Rossetti.

"Our revels are now ended" from The Tempest by William Shakespeare

"Our revels are now ended. These our actors,

As I foretold you, were all spirits and

Are melted into air, into thin air:"

Read "Our revels are now ended" by William Shakespeare.

"The Choir Invisible" by George Eliot

"O May I join the choir invisible

Of those immortal dead who live again

In minds made better by their presence: live

In pulses stirr'd to generosity."

"But Not Forgotten" by Dorothy Parker

"I think, no matter where you stray,

That I shall go with you a way.

Though you may wander sweeter lands,

You will not soon forget my hands,"

Read "But Not Forgotten" by Dorothy Parker.

"Stop all the clocks, cut off the telephone,

Prevent the dog from barking with a juicy bone,

Silence the pianos and with muffled drum

Bring out the coffin, let the mourners come."

That taketh all things under wing

"Do not stand at my grave and weep;

I am not there. I do not sleep.

I am a thousand winds that blow.

I am the diamond glints on snow."

Read "Do Not Stand at My Grave and Weep" by Mary Elizabety Frye.

"Adonais: An Elegy on the Death of John Keats" by Percy Bysshe Shelley

"He has outsoar'd the shadow of our night;

Envy and calumny and hate and pain,

And that unrest which men miscall delight,

Can touch him not and torture not again;"

Read "Adonais: An Elegy on the Death of John Keats" by Percy Bysshe Shelley.

"Remember Me" by Margaret Mead

To the living, I am gone.

To the sorrowful, I will never return."

Read "Remember Me" by Margaret Mead.

"I am not resigned to the shutting away of loving hearts in the hard ground.

Into the darkness they go, the wise and the lovely. Crowned

With lilies and with laurel they go but I am not resigned."

"Do not go gentle into that good night" by Dylan Thomas

"Do not go gentle into that good night,

Old age should burn and rave at close of day;

Rage, rage against the dying of the light."

Read "Do not go gentle into that good night" by Dylan Thomas.

"The Emperor of Ice Cream" by Wallace Stevens

"Call the roller of big cigars,

The muscular one, and bid him whip

Read "The Emperor of Ice Cream" by Wallace Stevens.

"If I should die and leave you here a while,

who keep long vigil by the silent dust."

"Remember me when I am gone away,

Gone far away into the silent land;

When you can no more hold me by the hand,

Nor I half turn to go yet turning stay."

"Epitaph on a Friend" by Robert Burns

Few heads with knowledge so inform'd;

If there's another world, he lives in bliss;

If there is none, he made the best of this."

Read "Epitaph on a Friend" by Robert Burns.

"You do not have to be good.

You do not have to walk on your knees

For a hundred miles through the desert, repenting."

This article was originally published on April 6, 2016