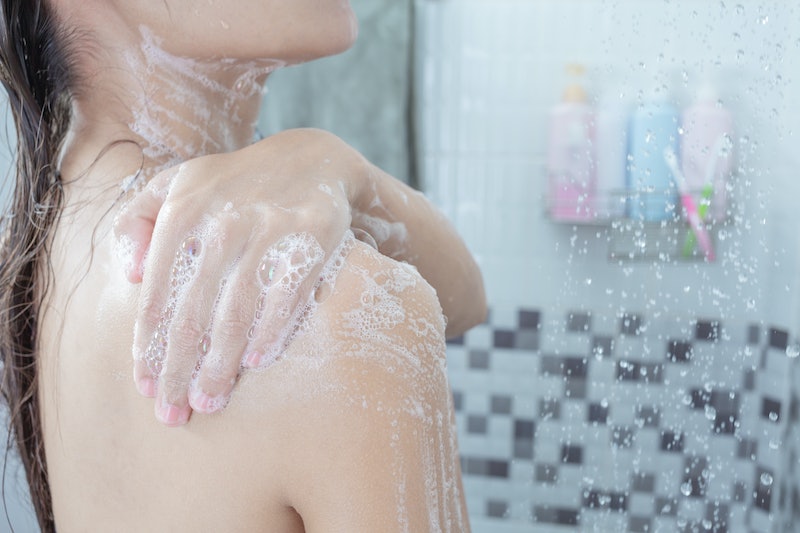 Daily shower habits differ drastically from person to person — some maintain a laissez faire attitude while others are unable to officially start their day without a hot morning rinse. But according to dermatologists, there is actually a right and a wrong when it comes to how long should you shower and how often. Many Americans may be “overbathing” due to some skewed societal norms and damaging our skin and hair in the process.

Showers are amazing for so many reasons — that delightful squeaky clean feeling, the refreshing hot water and steam, not to mention that’s where some of us even have our best ideas. However, there is probably a big difference between how much you like to shower and how much you need to shower.

Stephen Shumack, President of the Australasian College of Dermatologists weighed in on this hotly debated subject. “It’s only in the last fifty to sixty years (since the advent of bathrooms with showers) that the idea of a daily shower has become commonplace. The pressure to do that is actually social pressure rather than actual need,” he told the Sydney Morning Herald. “It’s become popular because of the social need to smell good. But it’s only the glands in your armpit and groin that produce body odour. They’re not all over the body.” The areas with these glands are the only places that truly need frequent and sensitive washcloth attention.

Dermatologists suggest that we should change the way we think about our shower routine — only showering when needed and not for grooming or beautifying reasons. If you shower too much (and with hot water) it can play havok with your skin's natural processes. "Over-washing causes "defatting" of the skin — getting rid of the natural body oils we produce to protect the skin cells. This can cause actual damage making them more permeable to bacteria or viruses, precipitating itchy skin, dryness, flakiness and worsening conditions like eczema," says Professor Shumack.

In an interview with BuzzFeed Life, dermatologists Dr. Joshua Zeichner and Dr. Ranella Hirsch also oppose this cultural phenomenon of constant cleansing. They confirm that too many showers may dry out the skin and can produce microscopic epidermal cracks that can lead to risk of infection, as well as getting rid of beneficial bacteria. Turns out, you may only need to shower every two or three days, depending on skin sensitivity, how much you work out, and the weather. "A sedentary person can get away with a shower once, twice or three times a week, especially in winter. It varies on your skin type and what you are doing," says Shumack. So if you sit in front of a computer most days it is actually good to be lenient on the washing (though if you are a teenage boy, that's different)!

Most dermatologists recommend that the ideal shower lasts approximately two minutes, and uses mild soap and lukewarm water. The underarms, groin and behind, and any place that may have a build up of dirt (your tootsies) should get the most attention. However, if you have a vagina, you do not need to use soap on your downstairs business. The skin of female genitals is very sensitive, and overwashing may throw off the pH balance leading to all sorts of issues. Rinsing it with water is best, or if you must, a very gentle unscented soap so as to not mess with the natural protective agents.

According to a Euromonitor survey, Americans averaged at a little less than one shower a day, tying with France, Spain, and India in terms of bathing frequency. We were perfectly average, despite our reputation for being so fresh and so clean. Keep up the good work, America!

More like this
Many Skin-Care Actives Degrade By 40% Within 8 Weeks — This Innovative Company Is Fixing That
By Lauren Moison
Bustle Daily Newsletter: November 22, 2022
By Hayley Schueneman
These Clever Beauty Products Are 10x Better Than What You Usually Use
By Allison Bolt
Wimbledon Alters All-White Kit Rule Amid Candid Period Discussions
By Catharina Cheung and Rachel Mantock
Get Even More From Bustle — Sign Up For The Newsletter