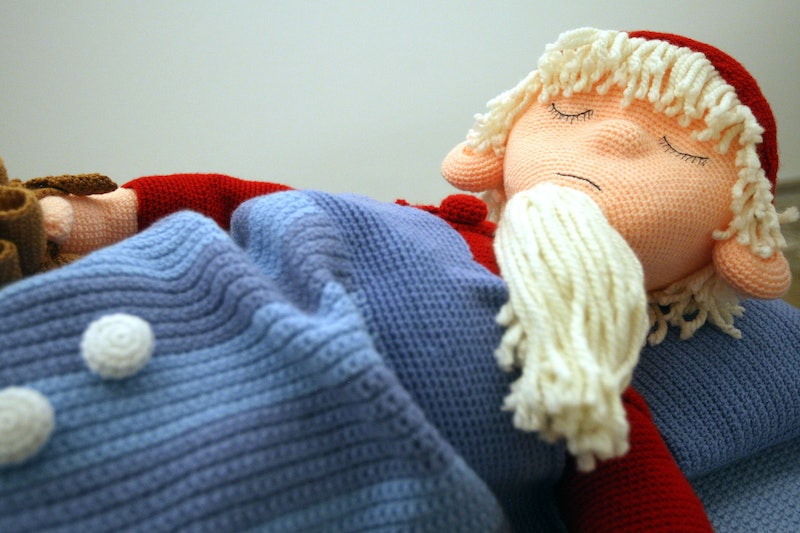 On Tuesday, a leading cancer-research institute in England demanded that the European Union change a single, antiquated legal loophole — a get-out clause for Big Pharma during cancer drug trials, which lets companies block trials of the drug in children. Not testing drugs on kids is cheaper for pharmaceutical companies, and makes drug trials more seamless. But if the drug is approved, children with cancer won't be able to use it, since nothing is known about the drug's effect in kids. Big Pharma can cut corners, and kids suffering from cancer don't get drugs that could save their lives. So when we say "antiquated," we really mean that.

So how does the loophole work? Well, if a company wants to test a drug for a cancer that kids rarely get, like lung cancer, it can legally claim the drug wouldn't be useful for children anyway. So only adults get to test out the drug, and if it goes on the market, only they can use it. The loophole became EU regulation back when it was assumed that there are different kinds of cancers for every organ in the body — so, with lung cancer drugs, it was assumed that the meds could only treat lung cancer.

Now, we know this isn't the case. Often, these drugs fight to kill cancer cells in a way that could be applied to many different kinds of cancers. For example, one lung cancer drug, Crizotinib, attacks a molecular defect that's also found in neuroblastoma, which is a devastating kind of children's cancer. But because Big Pharma has opted out of trialling the drug on kids, children won't get to try it during its testing phase, and they won't be offered it afterwards.

The Institute Of Cancer Research in London, England, sharply criticized the EU loophole Tuesday. "Children do not have access to drugs that could be available in clinical trials, even where scientists believe they could extend lives," said the institute's chief, Alan Ashworth, in a press release.

Of the 28 cancer drugs that have made it to market since 2007, 26 are thought to be able to attack children's cancers. Unfortunately, 14 of those — more than half — weren't tested in children, since the pharmaceutical companies opted out, and so the drug isn't available to children.

Because cancer isn't very common in children, and drugs for children's cancer aren't as popular for drugs for adult cancer, Big Pharma doesn't prioritize finding new ways to treat cancer in kids. Which pretty much confirms everything we thought about pharmaceutical companies.

Over in the States, a similar loophole for cancer drugs does exist, but it's a much better situation across the pond: The federal government leads initiatives that specifically develop new drugs to treat children's cancer. Plus, the National Institute of Health works with Big Pharma to ensure it's focused on cancer drugs for children, too, so the road to testing children's cancer drugs is smoother overall.

Come on, EU. Get it together.

More like this
13 Weight Bench Exercises That'll Give You A Full-Body Workout
By Carolyn Steber
I Visited Remedy Place, The Social Club Transforming The Wellness Industry
By Rachel Lapidos
Here's How Long You Should Hold A Stretch
By Carolyn Steber
These Are The Best Supplements For Runners
By Carolyn Steber
Get Even More From Bustle — Sign Up For The Newsletter