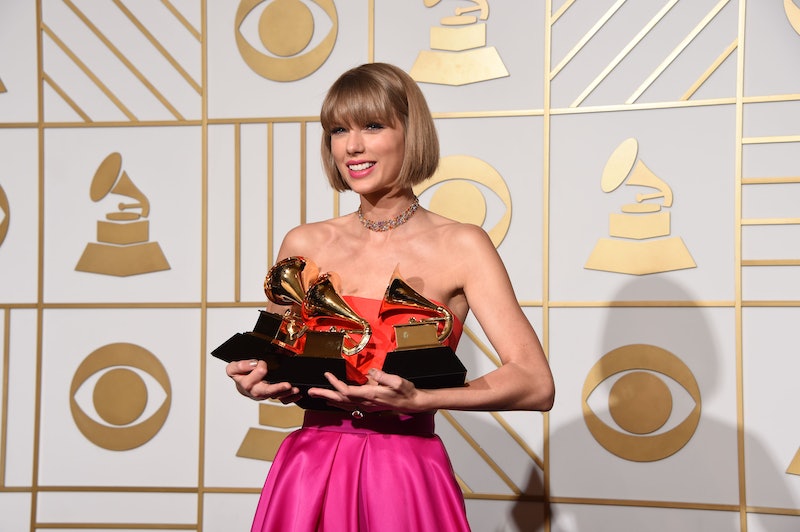 What happens when T. Swift all but runs out of new accolades to win? The universe conjures up a prize with her name on it— literally. Tuesday, Broadcast Music, Inc. announced that the singer-songwriter behind hit jam “Bad Blood” will scoop up a one-of-a-kind honor: On May 10, Taylor Swift will be presented with the Taylor Swift Award at the 64th annual BMI Pop Music Awards (h/t Billboard).

Creating a custom trophy isn't exactly a thing Broadcast Music, Inc. does on a regular basis; The first and only other time BMI named an award after its recipient was when the company gave Michael "King of Pop" Jackson the Michael Jackson Award of Achievement in 1990. I think it goes without saying that Taylor Swift and the Taylor Swift Award are in good company.

Now, I dig T. Swift as much as the next Starbucks lover, but I have to ask: What does this award mean? Fortunately, BMI Vice President of Writer/Publisher Relations Barbara Cane provided the answer on the performing right organization's website. “Taylor Swift has transformed pop culture through her songs, artistry and indomitable spirit,” explained Cane. “She has had a profound impact, not only musically, but also through her personal conviction and commitment to create a standard that values and respects music for everyone. We felt it appropriate to award Taylor with an honor that is as unique and special as she is.”