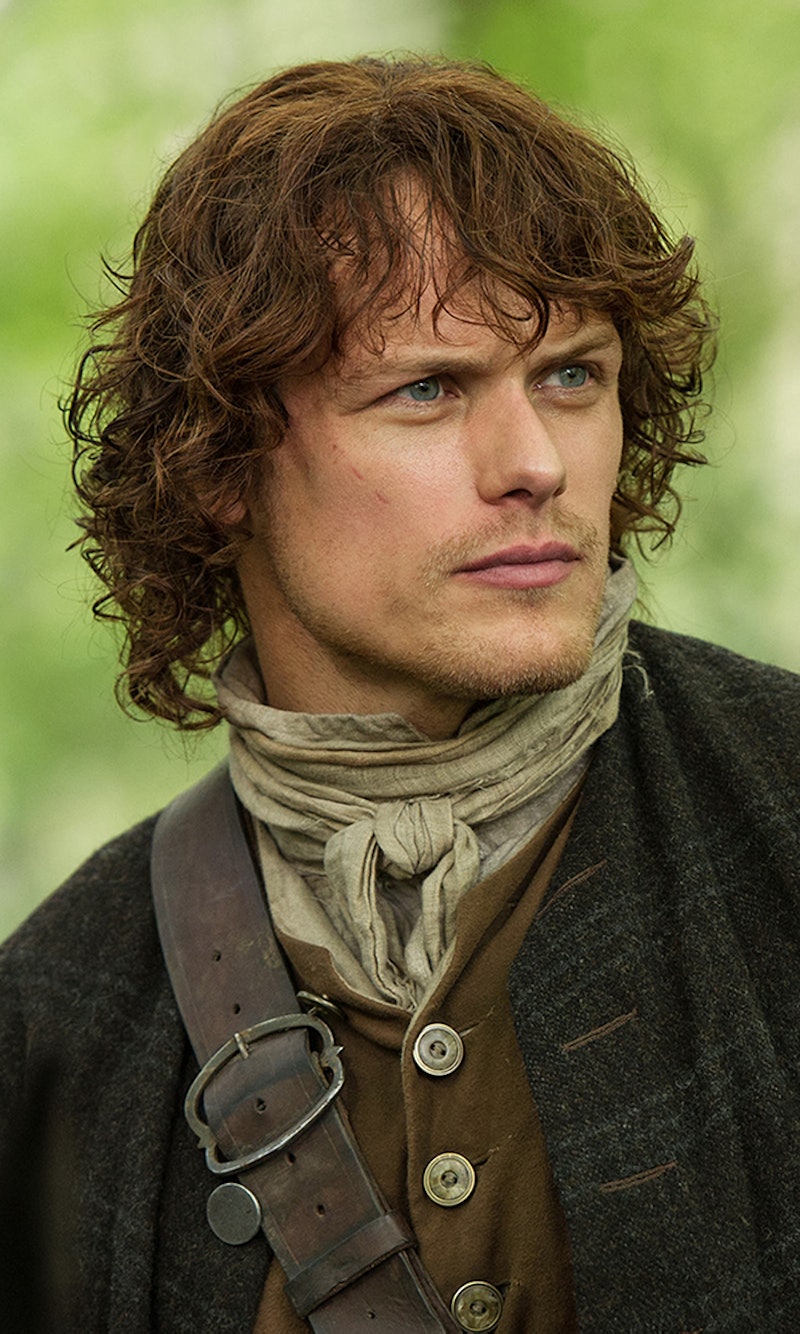 Jamie Fraser fans, dig out those e-readers: a new Outlander novella is on its way — but at the moment, it's digital only. Even the most die-hard supporters of print books may have to cave and get themselves a Kindle just for this moment. Go on, we wouldn't blame you.

Virgins follows Scottish heartthrob Jamie Fraser back before his life got all complicated by the time-traveling Claire. Gravely injured by the English, Jamie reconnects with his old friend Ian Murray in the French countryside, who is also wounded — and, as you may have guessed from the title, also a virgin.

The story is otherwise unconnected to Jamie and Claire's adventures in the novels, but the most eagle-eyed of fans will spot an Easter egg in the Outlander TV series. In episode 13, "The Watch", Ian says to Jamie, "Well, if ye’re goin' to Hell, I might as well go, too. God knows, ye’ll never manage alone." This is a direct quote from Virgins, suggesting the boys are going to be getting up to some serious mischief.

And that's not the only line that might seem familiar. The whole novella, Virgins, was previously published in the 2013 Dangerous Women anthology, which was edited by George R.R. Martin and Gardner Dozois — and so truly hardcore fans may have read this one before. Still, that doesn't make the new Outlander e-book any less exciting; now it will be a standalone novella with a super-cheap price tag to match. Happy reading!