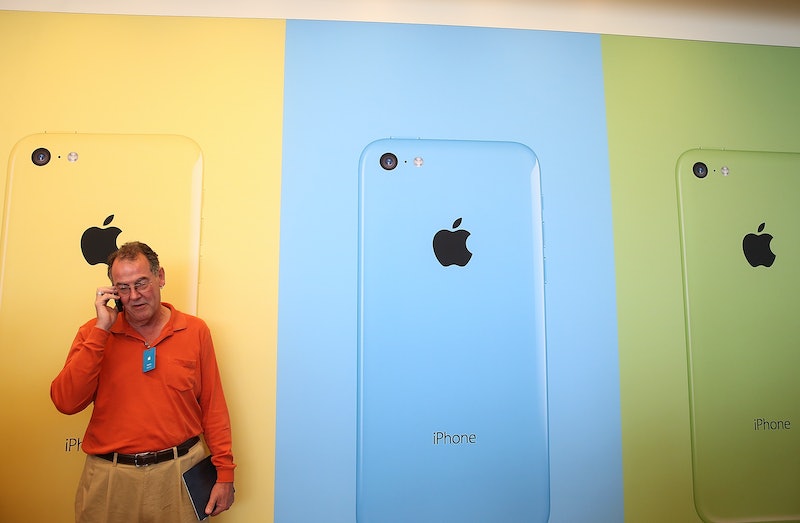 While most people would take solace in free time and Netflix, one liberated Apple employee has taken to the Internet to spew about what he perceives to be terrible working conditions at the company. Like most people who secured not only their dream job, but a position with one of the most world's most prestigious companies, Jordan Price was initially ecstatic and couldn't believe his luck. What followed is a tale of disappointment that provides yet another schadenfreude-filled look into life at Apple. While Price's problems can't exactly be measured against conditions for some of the employees that manufacture Apple products, he sure makes it sound like a terrible place to work.

When Price was offered a contact position as a mobile designer with Apple and shared his good news on Facebook, a familiar chain of events emerged when one's success is manifested across social media.

I got more likes when I announced that I got a job at Apple than when my daughter was born. People that I friended years ago and never talked to since were sending me messages. I changed my title on Twitter, and suddenly people started following me that probably never would have a week before. People were so excited for me that I decided to celebrate with drinks one night, and the turnout was amazing. It felt so great to have people want to celebrate this achievement with me.

As soon as Price started at Apple, the long commute and inflexible hours were temporarily brushed aside by his joy at being the rider of a tech bus around San Francisco, which he rode to the job of a lifetime. Price writes that the rigid working hours meant he never saw his daughter during the week, and on top of that, he took a pay cut. However, one of his main complaints is that it took a while for him to get logged onto the system. (Which seems, in the grand scheme of things, pretty minor.)

"They had so many passwords, accounts, and logins that it took me nearly a month just for me to get on the server," Price writes. There were also a lot of meetings, which he calls "bothersome."

It was when Price's boss allegedly started directing insults towards him, and threatening to not renew his contract if he didn't complete certain tasks, that the job took a darker turn. The patronizing boss and generally negative work environment didn't even make up for the good food and iPad Air that Price received.

While Apple is regarded as one of the best companies in the world, Price's post shows that petty workplace attitudes can infiltrate even the most revolutionary establishments. While we've all heard the cries of "Do it for the resume" at some point in our working lives, for Price, working at Apple simply wasn't worth it.