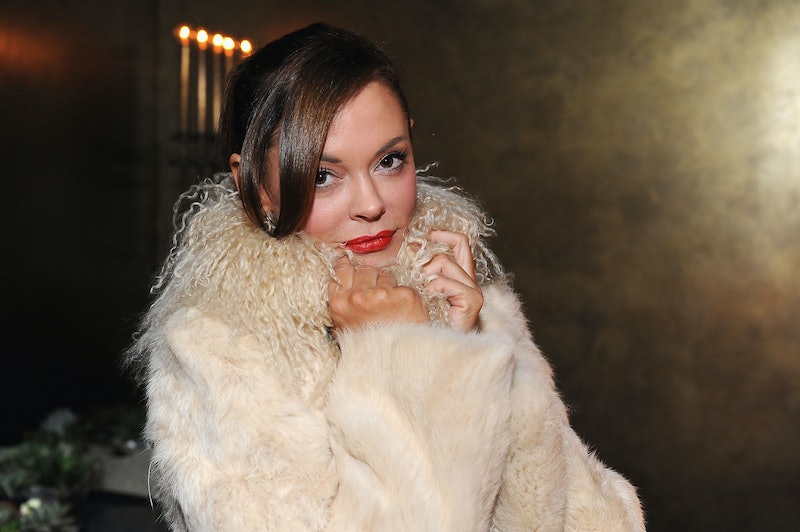 Fashion Week always brings out the most ostentatious displays of couture on the runway and the streets, and in the spirit of flamboyance, full-on fur seems to make an appearance each February at Fall Fashion Week. This year, fur is on parade as usual, but it doesn't seem to be eliciting the PETA outrage or general disgust it usually attracts. Are the arctic temperatures causing a cultural shift towards the acceptance of fur in fashion?

Fashion Week started on February 6th with a documented high of 32 degrees and a low of 21 in New York City, though wind chill and general bitterness gave showgoers the impression of subzero temperatures. The unusually freezing temperatures are a result of the Polar Vortex's migration from its normal home at the North Pole to our vicinity. Though the weather is expected to warm up by several degrees this week, the chill in the air has forced even the most optimistic fashion mavens into layers upon layers of their warmest attire. And for many, that means fur.

The Fall 2014 runways were also a veritable zoo of fur paraphernalia in every form, from capelets to model-engulfing coats. Diane von Furstenberg and BCBG Max Azria paraded several epic, full-length furs in shades ranging from electric blue to natural tones of chestnut and coffee, while other designers chose to accessorize their wares with a fuzzy stole draped casually over the shoulders or, in the case of A Moi, a vest. Meanwhile, Dennis Basso threw a veritable fur party on his runway, accenting nearly all of his elegant looks with some form of pelt.

But the quanitity of fur on the runway couldn't compare to the copious amounts of worn by show attendees and street style mavens. Even if you don't quite subscribe to all of the animal activist mantras due to your love of the soft material, until this year, the idea of having red paint hurled at one's face was enough to deter many from wearing fur on the streets of New York. Until this year, it seems. At the Honor show on Monday night, droves of fashionistas appeared sporting their finest furs, to the point that the entrance hall could barely contain voluminously dressed show goers. And street style documentarians from Ryan Kibler for Style.com to Raydene Salinas for Huffington Post caught countless audience members rocking multicolored furs outside Lincoln Center.

Animal activist groups and environmentalists, however, have been notably quiet, and we wonder if the glacial temperatures of the Polar Vortex are to blame. In 2013, both Milan and New York Fashion Week provoked anti-fur campaigns, and we expected a similar, if not more overt, reaction to the Fall 2014 collections. Instead, the PETA blog, which has in past years called Fashion Week as "a busy time" for the organization, is turning its attention elsewhere this year, with nary a mention of the fur on parade. And while the usual gaggle of fashion week fans and bloggers gathered at Lincoln Center on Thursday to mark the beginning of Fashion Week, they weren't joined by protestors…unless you count the jovial streaker at Prabal Gurung's presentation.

With an excess of fur on display and no one decrying the practice, it appears the cold temperatures may have given fur a free pass this time around. Whether or not that leniency will continue in years to come remains to be seen, but for now, fur lovers are staying cozy.

More like this
Here Are All 703 Outfits Rachel Wore On Friends
By Kat George
Behold: The Wildest Fashion Moments of 2022
By Dominique Norman
Twitter Can’t Get Enough Of Lewis Capaldi Creating Fashion Looks For ASOS
By El Hunt
10 Holiday Fashion Picks Our Senior Editor Can't Stop Wearing
By Kelsey Stiegman
Get Even More From Bustle — Sign Up For The Newsletter