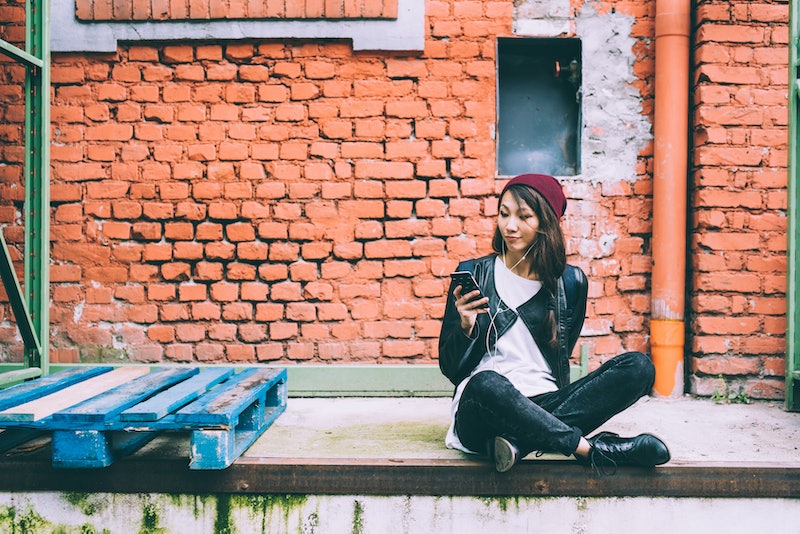 Check out Bustle's 'Save The Date' and other videos on Facebook and the Bustle app across Apple TV, Roku, and Amazon Fire TV.It seems like there's a new dating app coming out every day. You can find one that caters to your political party, favorite hobby, or even matches you by which flight you're on. Although why you would ever be an awkward first date while hurling through the sky in a metal bird is beyond me. But despite all the different options available, there are still some clear front-runners in the dating app department. Classics and standbys, Survey Monkey Intelligence has released data based off of last's month usage that shows just how far and away some app's popularity is.

Before we get into it, I definitely think that you shouldn't be signing up to something just because it's popular — there are so many different dating apps out there it's easy to find one that's right for you, but it's still really fascinating to see which ones people are flocking to. What's even more interesting, is that there is a definite age shift between apps. I sort of thought there would be an age difference between those who use apps versus those who date only in real life, but even with the tech-savy there's a big split between the different apps.

Here are the most popular dating apps and median age that uses them:

Let's break it down:

With over 7 million monthly users, Tinder was far and away the most popular app. In fact, none of the other apps reported on had even half the number of users as Tinder, so if you're just looking to work the numbers game Tinder is the way to go. The median age was 26 which... which makes me feel old, quite frankly.

OkCupid had over 2.5 million monthly users, which sounds like a lot, but like I said it's way, way less than Tinder. But, the median age was 32, so if you're hoping for a more mature crowd but still want a lot of people to chose from, it sounds like a good option.

If you're looking for an even more mature group, Match boasts over 2 million monthly users and also had the oldest median age of any of the apps — 45.

Bumble is probably the most popular app among my friends after Tinder, mostly because it's female-led. But with just over a million monthly users, it's a lot less popular than the options above. But then again, with a median age of 26, it may just be that it's more popular with the millennial crowd.

With almost 700,000 users, Coffee Meets Bagel may not be the most popular, but that doesn't really matter. One of their draws is that you only get one potential match a day, so the whole point is not to be overwhelmed by endless potential matches. And with only one match a day, it's going to take you a whole lot of time to get through all those users. The median age of users is 30, and, with it's uber selectivity, it seems like the choice for the young professional set.

With under half a million users, Hinge's big benefit is that it matches you with your Facebook friends' friends or third-degree connections, so there are fewer users on there but probably more people you're connected to in some way. Its Facebook-reliance probably explains why the median age is 27, and it's great if you want to debrief with a mutual friend before your date.