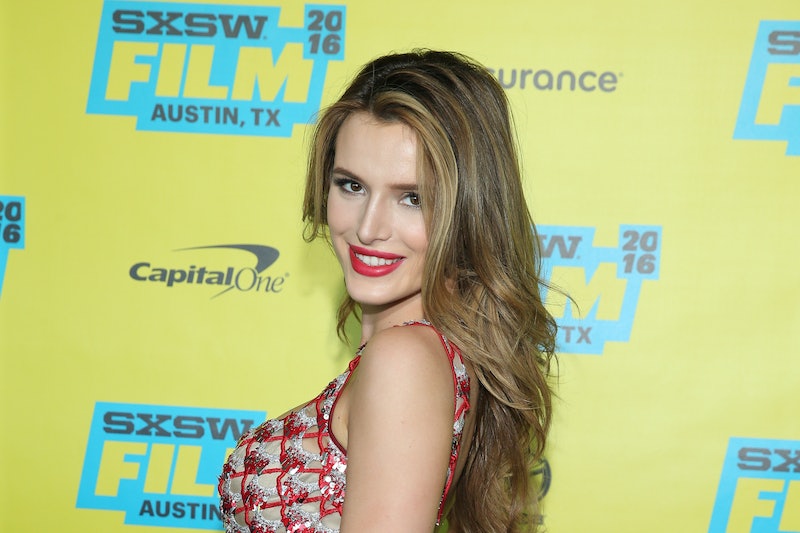 If you devour YA novels and dream of the day when your beloved books get their own small screen adaptation, then this news might be exactly what you were hoping for: according to TVLine, upcoming teen drama Famous In Love has officially received a series order at Freeform. (If you obsessed over Rebecca Serle's novel of the same name, you're likely already doing a happy dance. I'll wait.) As reported by TVLine, the new series will star Blended actress Bella Thorne as a Hollywood nobody who is plucked by producers to star in a highly-anticipated film franchise. Naturally, Thorne's character becomes entangled in more than just Hollywood politics: she also becomes a point in a tabloid-worthy love triangle. Drama ensues, which makes plenty of sense considering that Pretty Little Liars showrunner I. Marlene King will co-executive produce the project. (And you know she knows drama.) As exciting as that news is, it does raise some questions: does Famous In Love 's series order mean the end of PLL ?

King's role in Famous In Love certainly raises some questions about the status of Pretty Little Liars. Right now, PLL is only renewed through Season 7 and Lucy Hale has insinuated multiple times that Season 7 may be the end of PLL . That certainly seems to suggest that the show will end. King seemed to echo this in her interview for Variety, in which she said that the Uber A story would end with Season 7. However, King took to Twitter in December of 2015 to clear up that she did not necessarily mean that the series as a whole would end, stating:

Though it may seem like King will be busy with Famous In Love and therefore unable to continue work on Pretty Little Liars, there are plenty of showrunners who work on more than one series at a time. (Ryan Murphy, Shonda Rhimes, and Carlton Cuse are just a few names of showrunners with multiple projects that come to mind.) In fact, King herself was an executive producer on Ravenswood, the Pretty Little Liars spinoff.

King also isn't the only executive producer attached to Pretty Little Liars: though King is the most recognizable producer, other EPs include Oliver Goldstick, Joseph Dougherty, Leslie Morgenstein, and Bob Levy. TV shows swap out showrunners all the time, and should PLL add another EP to the mix, I have faith that King would find a worthy successor to hand her crown.

While there is a real chance that Pretty Little Liars will end with Season 7 (sob!) Famous In Love likely won't have much to do with it. In fact, it can only spell good things for bitter PLL fans: it might just be the next YA adaptation that you become PLL-level obsessed with.