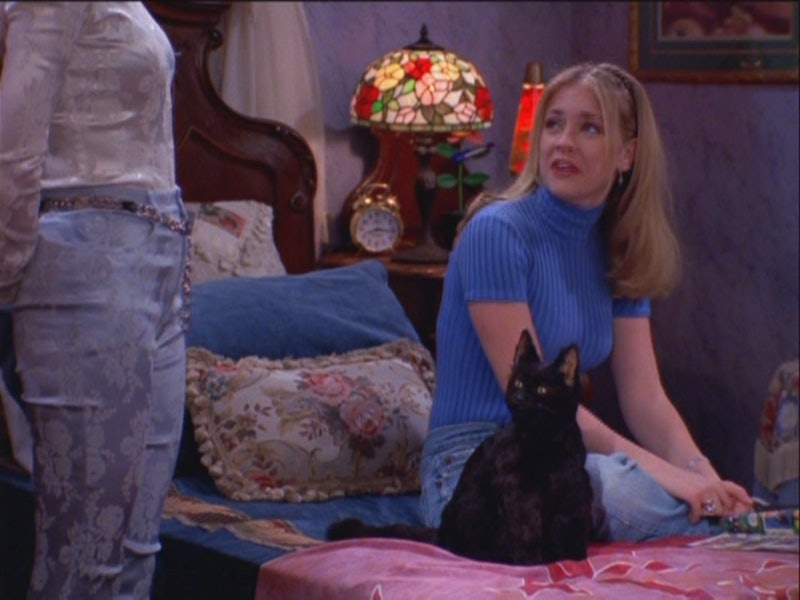 Zelda could make you smile sometimes. Hilda was good for a chuckle. But only Salem Saberhagen could really push you to the point of a good, hard belly laugh when watching Sabrina The Teenage Witch . I don't know if the writers were animal lovers, but one thing was for sure: Salem got the worst deal in witch history when it came to being punished for misdeeds, but the absolute best deal when it came to lines. While Salem had formerly been a powerful and evil wizard bent on world domination, he was sentenced to live life as an American shorthair cat by the Witches' Council after they discovered his wicked plans. But, what Salem lacked in morals, he made up for in bringing an appealingly cynical humorous voice into the otherwise pretty wholesome Spellman household.

While funny cats may now be a dime a dozen thanks to Internet superstars like Maru, Lil Bub and Grumpy Cat, back in 1996, it was a cold, witty-cat-free world out there, and Salem Saberhagen was filling a gap in the market. He wasn't just adorable, he brandished an Oscar Wilde level of witty repartee. While he often worked best visual gags, he was also an accomplished master of the one-liner.

So without further ado: Here are 11 of the best one-liners from the ever loveable Salem Saberhagen.

He made up for in honesty.

5. Can't Help But Respect His Round-The-Clock Commitment To Emotional Overeating

6. Hey, Personally I Think The Mummy Look Works On Him

Not many can pull that off.

Say what you want about that song, but it's a banger.

8. Finally, A Convincing Argument As To Why We Should All Be Cat People

Everyone's a cat person, deep down.

9. Caution: Indulging In Sarcasm When You're Not Experienced In It May Lead To Palpitations, Shortness Of Breath And Dizziness

Please consult your doctor before indulging in heavy bouts of sarcasm.

10. Just Another One Of Those Days When It Feels Like Your Soft Furnishings Are Mocking You

We all have those days, right?

OK so this isn't a one-liner but look, it me.

You guys, you're so welcome. If there was ever any doubt on this issue, I hope this has now been cleared up: Salem Saberhagen was and is the funniest cat in existence, both on Sabrina The Teenage Witch and on the Internet at large.