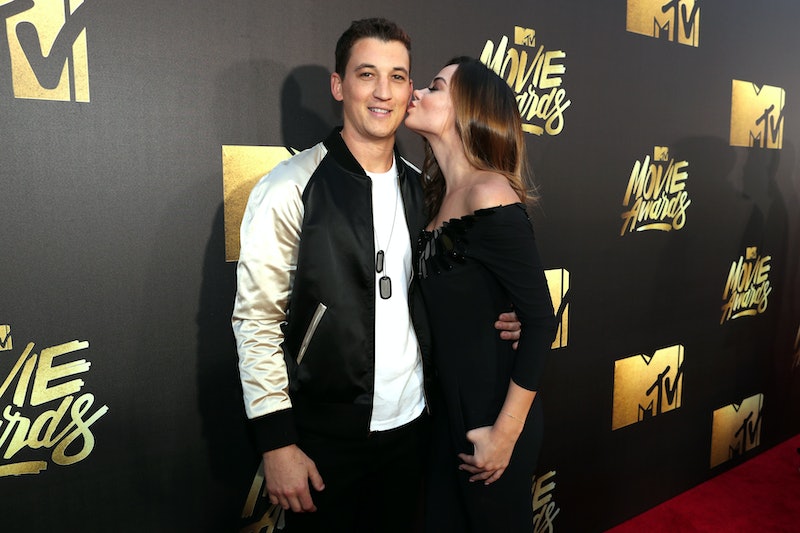 They may have taken the MTV Movie Awards' red carpet by storm on Saturday night, but Miles Teller's relationship with Keleigh Sperry didn't blossom overnight. In fact, she was even his date to the same event year before. The two have in fact been quietly dating since at least May 2013, when Sperry posted their first Instagram photo together. And in August 2014, an Elle profile wrote how Teller was "maintaining a long-distance relationship" with Sperry, and that Sperry had met her boyfriend's grandparents. So clearly, they're in a serious romance — but just who is Keleigh Sperry?

She's no stranger to awards shows, that's for sure. The MTV Movie Awards, where Teller was on hand to present an award, wasn't the duo's first red carpet together. The couple have hit the red carpet at the New York premiere of Teller's film, Fantastic Four , and they even made an appearance at the Oscars. Given that the two have been together for some time now, it won't be a surprise if Sperry is seen on Teller's' arm for red carpets to come. And perhaps some of those red carpets will be for Sperry herself; the 23-year-old is a model and actor (although with currently just one acting credit to her name). But based on the couple's social media presence, what else is there to learn about Teller's longtime girlfriend?

She Comes From A Family Of Six Kids

That's a lot of holiday shopping.

A pretty clever couple's costume. Check out their Elvis-and-Priscilla getup from the year before.

She And Teller Celebrated Her 23rd Birthday In Bali Last Year

Teller was also on hand to celebrate Sperry's 21st birthday way back when.

...And Jessica Szohr. And Taylor Swift

Can you say dream squad? Sadly, Sperry did not appear in "Bad Blood" or make the 1989 red carpet rounds.

Clearly, Sperry is no stranger to Hollywood life, and here's hoping she and Teller make the awards show circuit for years to come.