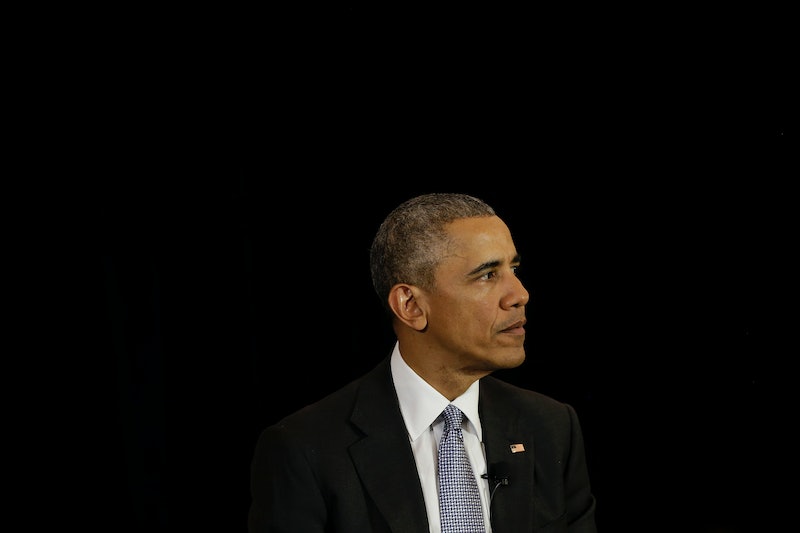 Hillary Clinton's emails are once again the subject of national news after President Obama made an interesting comment made during an interview with Fox News Sunday's Chris Wallace, which was released on Sunday. Wallace pressed the question of the ongoing investigation into Clinton's private email server, and how the former Secretary of State would potentially "be protected" by the Obama Administration. "I guarantee that there is no political influence in any investigation conducted by the Justice Department, or the FBI, not just in this case, but in any case," said President Obama.

It's unclear how President Obama could potentially protect Clinton during the investigation without breaking the law. It is illegal for anyone, including the president, to directly interfere with investigations by the Department of Justice or the FBI, both of which are completing separate inquiries into Clinton's emails. Furthermore, President Obama has consistently expressed the opinion that Clinton made errors in her involvement in the email scandal, and he did the same in this most recent interview. "There's carelessness in terms of managing emails, that she has owned, and she recognizes," said President Obama, seemingly acknowledging that Clinton was in some way in the wrong.

President Obama has acknowledged the "mistake" Clinton made by using her private server for sensitive, government emails, but he has mostly stuck by his former staffer since the controversy began. In an interview with 60 Minutes in October, Obama took a similar position as in the Fox News interview — Clinton made a serious error, but ultimately, there was no criminal activity committed. "She made a mistake. She has acknowledged it," President Obama told interviewer Steve Kroft. "This is not a situation in which America's national security was endangered."

Yet, some say that even his public support is interference in the investigations. "Injecting politics into what is supposed to be a fact-finding inquiry leaves a foul taste in the F.B.I.'s mouth and makes them fear that no matter what they find, the Justice Department will take the president's signal and not bring a case," Ron Hosko, a former FBI senior official, told The New York Times in October, just as Clinton's hearings were heating up. Critics maintain that complete neutrality is the only recourse for the president, particularly in a case this high profile.

Under the letter of the law, it's much too far a stretch to accuse President Obama of obstruction of justice just for his public comments on Clinton's email scandal. However, detractors, including several current and former law enforcement officials, agree with Hosko that the president's comments are meddlesome in the ongoing investigation. As the investigation continues, the president's comments and support may change if this criticism continues.