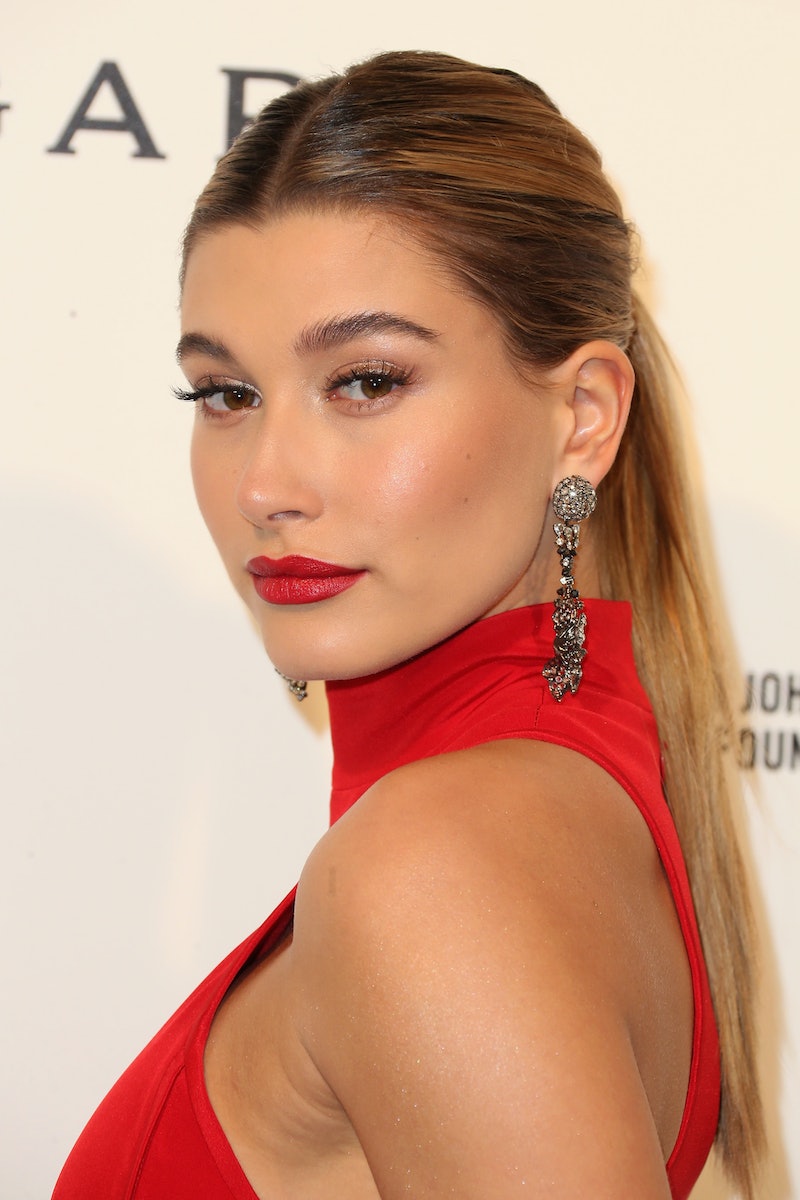 Most people have celebrity crushes. I'm guilty of plastering my childhood bedroom with *NSYNC posters. Still, what's it like to actually date a famous person? Apparently it's not all red carpets and glamour. In Marie Claire's May issue, Hailey Baldwin talks about Justin Bieber and reveals why dating the "Sorry" singer was actually really tough. She told the magazine,

I don't want attention out of dating somebody. Texts started coming through, crazy phone calls... it's hard to date somebody in this industry. You have to have really thick skin and be very strong. You have to focus on the person and nothing else.

I love the fact that she doesn't want to be defined by who she dates. That shouldn't be the reason she's in the spotlight, when she has so much to offer as a person herself. Plus, it sounds like the attention was far from positive, even verging on threatening. Back in February, Baldwin said she and Bieber weren't an "exclusive couple" and that him going on tour made things more complicated. Even though they weren't dating exclusively, her latest quote reveals the emotional toll it took being spotted alongside a major celeb. Granted, she's a model herself, but no one has an army of fans quite like the Beliebers. From the sound of it, the attention really ate away at her and that's a shame to hear.

The fact that she got crazy phone calls is definitely worrisome and shows a line being crossed. The same can be said for the negative reactions Selena Gomez received when she dated the star. In 2011, when Jelena first began, Gomez was inundated with angry tweets, including death threats. There were even Facebook pages, according to the Daily Mail, with names like "'I hate Selena Gomez cuz she is dating my man." That's a little extreme, huh?

Of course, I'm not blaming Bieber for this. It's not his fault that the women he dates are the recipients of such backlash, but it definitely is scary to see. Baldwin's comments certainly shed light on that aspect of Hollywood. I also applaud the model for speaking out about wanting to be famous on her own accord, not for whatever guy is by her side. It's belittling to view her identity through the lens of who she dates.

Plus, let's not forget that Baldwin is on one of Marie Claire's Fresh Faces covers. This proves she's totally a star in her own right and more than just a girl who made out with Bieber.