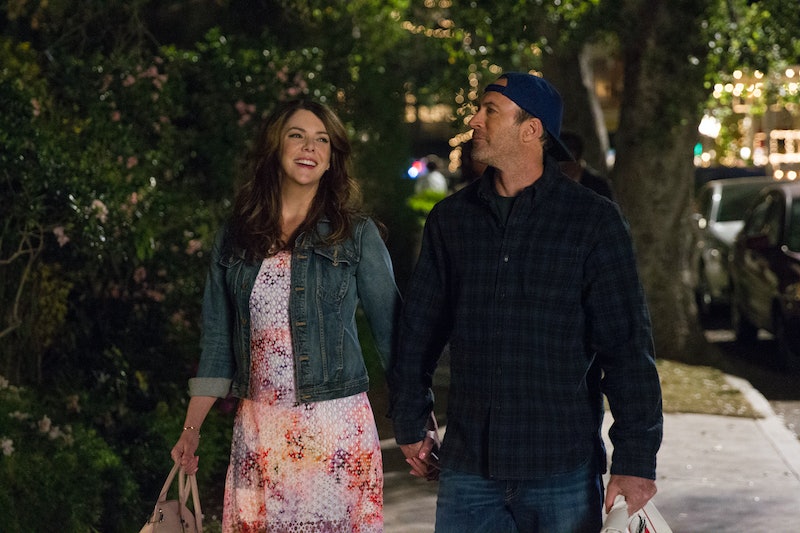 Your day is about to get a whole lot more exciting, because the premiere date for the Gilmore Girls revival is finally here. Erm… well… sorta. It’s more like a general ballpark for when the four-part revival will be released, but I’m going to go out on a limb and call that monumental because I’ve been waiting for months for the premiere date to be announced. So, when Netflix announced on Monday that the revival would be released in 2016, I instantaneously broke into song and dance. And, while it may not be as precise as I was hoping for — until I can write it in my Google calendar, nothing in this world is really all that official — I’m still going to hold my hands up high and celebrate this momentous occasion with the roof-raising and Gilmore Girls praising that it deserves.

While we may not know the exact date of the premiere, we do have a much better sense of when it will arrive on our various devices for all of our streaming pleasure. The streaming company did not announce an official day or month that the four new episodes would be released, but I think the fact that we now know that we will all get to enjoy more Gilmore Girls within the next few months is reason enough to stop everything and have a Stars Hollow interpretive dance party.

Considering the fact that the series is still in production, I’m crossing my fingers for a fall or early winter release as TV Line is guessing. Anything sooner than that may be a little unrealistic, especially since the revival will reportedly be filming until May 10. But until we get the final word on when the series will officially be released, I’m going to stop wondering whether it will be this year and start focusing on the bigger questions: Like whether the series will be released all at once.

It would be pretty abnormal for Netflix to release the series on separate dates, since most of their original programming is generally released all in one go, but it’s possible that Amy Sherman-Palladino may have some control over how the series is released to the public. Especially since she spoke exclusively with TV Line about the release and said that she’d prefer Netflix not release the four parts all at once. “My preference,” Sherman-Palladino said, “would be to release them at least a day apart. Let people get a little sunlight and go for a walk around the corner.”

Ummm, who needs daylight and exercise when there are new Gilmore Girls episodes to be watching? Not this girl.

More like this
'Gilmore Girls’ Lauren Graham Just Revived Our Hopes For A New Reunion
By El Hunt
Then Vs. Now Photos Of The 'Enchanted' Cast In 2007 & The Sequel's Stars In 2022
By Marina Watts
See 'Twilight' Stars Together Again For A Sweet Cullen "Family Reunion"
By Stephanie Topacio Long
'The Princess Diaries 3' May Go Ahead Without Anne Hathaway
By Darshita Goyal
Get Even More From Bustle — Sign Up For The Newsletter