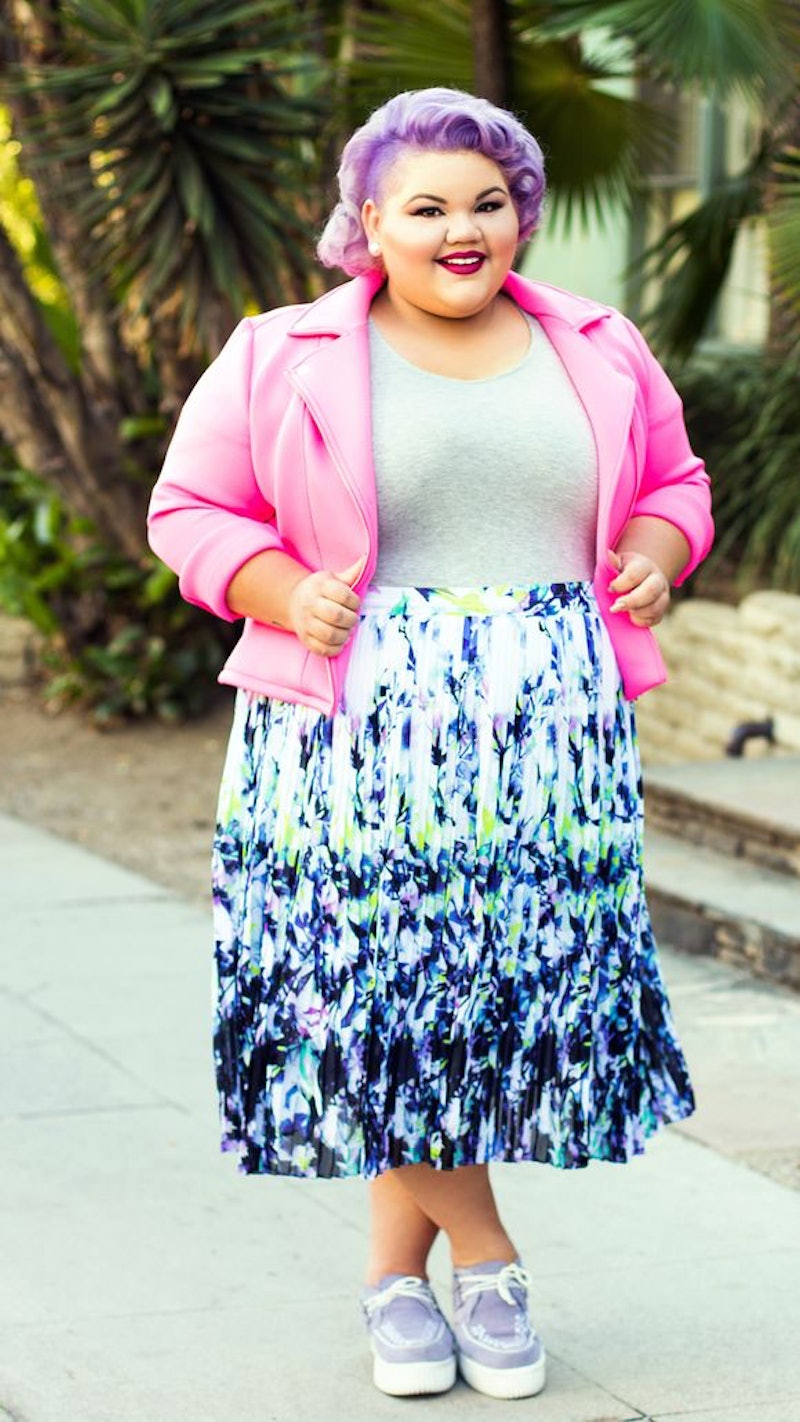 After making history with her Project Runway Season 14 win, a certain designer is continuing to make her mark on the fashion world. So, where exactly can you buy Ashley Nell Tipton's clothing line? While Tipton has a big brand ambassadorship and a partnership with Sally Hansen, a clothing line by the Project Runway star has been particularly anticipated since her win.

Well, as it turns out, Tipton just announced a partnership with JC Penney; she'll be acting as brand ambassador for their new plus size collection by Boutique+, which is slated to hit stores in May. She will also be included as a designer for their upcoming in-store shop, which will be called "The Boutique." The Boutique won't open until this fall, but at least there's Boutique+ to hold us over — it promises to be quite the cute line, especially with Tipton as the brand ambassador.

After all, the line is full of Tipton-approved whimsical and colorful pieces — it boasts a ton of fun pieces for spring, including gorgeous pleated midi skirts, wildly printed rompers, chic boyfriend jeans, and stylish moto vests. Tipton herself models the line, which pairs nicely with her trademark purple coif. Even if you don't think it's quite as epic as her 1950s-Mexico-inspired NYFW collection, it will certainly do nicely to hold us over until her JC Penney brand drops in the fall.

What do you think? Between this new partnership and her nail polish collection (which launched earlier this month), she's been quite the busy woman. In fact, as Tipton herself explained to USA Today, "I didn’t want to just get noticed for one thing, wanted to keep going. This is a great platform I have right now and I don’t want to fade away."

See? Affordable fashion and Ashley Nell Tipton-approved. Who can ask for more in clothes?