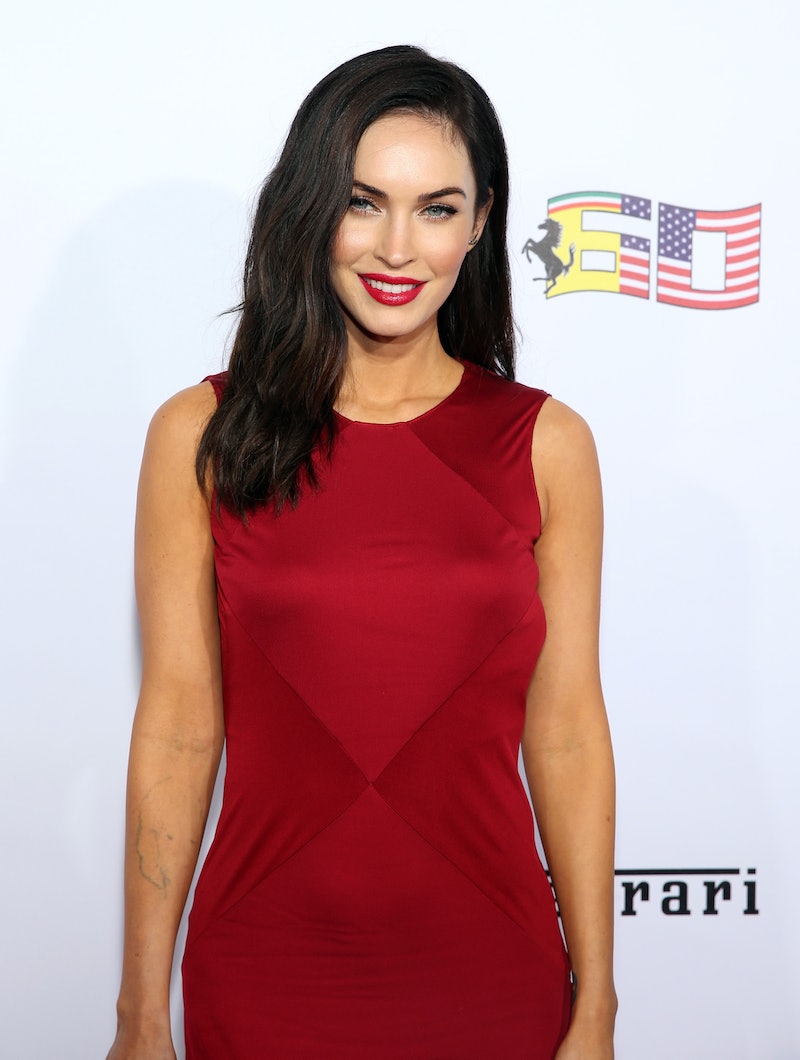 How's this for awesome, totally unexpected baby news? After showing up promote Teenage Mutant Ninja Turtles: Out of The Shadows at CinemaCon in Las Vegas on Monday night sporting what appeared to be a pretty noticeable baby bump, People is reporting that Megan Fox is pregnant. Although the 29-year-old actress has yet to mention the good news herself — you know, besides showing off that alleged bump — anonymous sources have confirmed to People that she's expecting her third child. Update: On Tuesday afternoon, Fox seemingly confirmed her pregnancy by posting an Instagram of herself with three of her co-stars along with the caption "#notthefather."

Earlier: Bustle has reached out to Fox's rep for comment, but has not yet heard back.

Fox has always been outspoken about how much she loves parenthood, but this news is a little surprising. In August 2015, she reportedly filed for divorce from husband Brian Austin Green, although they have been spotted spending time together in recent months. Unless Fox has been seeing someone else these days, there's a chance this baby could be a sign of a reconciliation. Since Fox and Green were always so awesome together, that would be amazing, but we'll have to wait for Fox to fill everyone in to know for sure! But even if they aren't back together, it's hard to argue that she looks pretty good as a mother of three all by herself. Case in point: Her CinemaCon look, which said everything without saying anything at all.

Fox already has two kids with Green— 2-year-old Bodhi and 4-year-old Noah — and I'm sure they're super excited to have a little brother or sister soon. Maybe it'll be a girl this time?

EDITOR'S NOTE: This post has been updated from its original version.