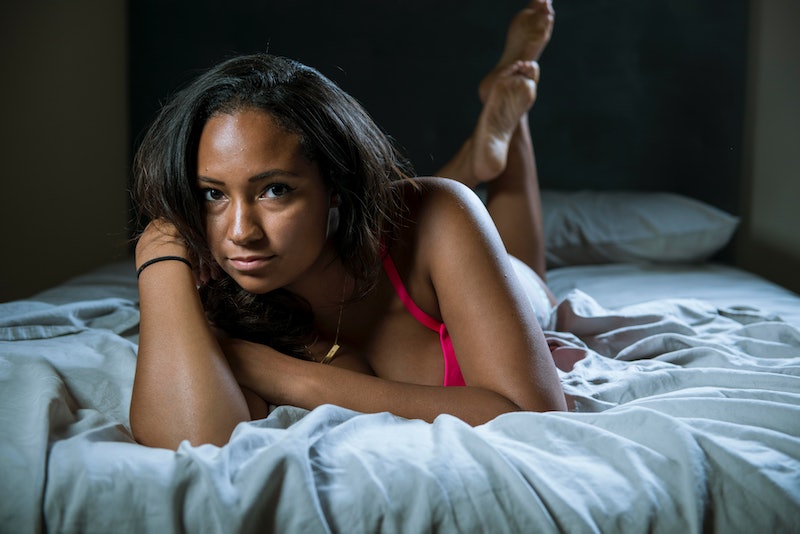 Thanks to living in liberal oasis Burlington, Vermont, I had some form of sex ed at every level of school. Still, “consent” wasn’t a word I heard a lot as a kid; up until I was in high school, it was always framed as a simple “no means no,” and even then, the furthest the conversation about consent went until I went off to college was a skit on the first day of freshman year that reiterated that mantra. And because this was the 90s and early 2000s, I was comparatively lucky (and well-educated); some of my generation were never taught about consent due to subpar public sex ed or a religious upbringing.

These days it’s a much more common topic, and I’m grateful for that. Whether it’s about phones or having a cup of tea, there are plenty of great resources and videos these days that explains the basics of consent in ways that more people understand. California, New York, and Michigan have adopted laws mandating “yes means yes” on college campuses, while a growing number of universities in other states are doing so voluntarily. A county-wide conversation that was long overdue has finally been happening, and it's particularly exciting to see as someone who has had their consent violated on a number of occasions.

But because consent is a little more nuanced than a yes or no answer, there's a lot missing from those conversations. Here are some things no one talks about when they talk about consent, because now's the time to blow this conversation wide open!

1. How To Actually Say No

I was always told that if I said no, it should be respected — but no one ever taught me how to say no, and I don't see that conversation happening a lot now, either. I spent years saying "yes" to sexual encounters I felt lukewarm about or even uncomfortable with because I was too scared to say "no" — not because I thought they wouldn't accept my answer, but because I was didn't know how to, didn't want to disappoint them, and didn't want to be labeled a "prude" or a "tease." It took me until college to learn that saying no isn't a bad thing, it's OK to safe word, and how to do it. Not sure how to say no without ruining the mood or making it awkward? Marcia Baczynski, sex educator and relationship coach, came up with a handy infographic with 12 ways to say no gracefully.

2. How To Actually Hear No

Being rejected tends to be a bit awkward, and being rejected sexually — whether before or during sex — is no exception. But there are plenty of ways to hear your partner and respond to them gracefully when they say no, and Baczynski's other handy infographic has some great suggestions on that.

3. How To Ask In A Way That Values Any Answer

If no is not a possible and valued answer, then yes is meaningless, so it's important to frame your question in a way that welcomes any response.

4. Sexual Coercion Is Not The Same As Consent

When a partner doesn't ask in a way that welcomes no as an answer, or hears no and pressures or guilts you about it, that's not consent, that's sexual coercion. We have a hard time talking about sexual coercion because it's seen as more of a grey area and often occurs in long-term relationships, but not everything about consent is black and white. If your partner whines about their needs not being met, gets passive-aggressive or moody when you say no, pesters you 'til you give in, or plies you with booze to get you to change your mind, it's time to revaluate that sexual relationship.

5. How To Express Desire

When we talk about consent, we mostly talk about boundaries, hard limits, and how to say "no." But what about being able to express the things we want to say "yes" to? The conversation about consent tends to revolve around victimization, rather than pleasure, particularly when it comes to young women. Our goal should always be pleasure, not just a lack of sexual assault.

6. Consent Outside A Sexual Context

Consent isn't just about sex. One of the biggest "ah-ha!" moments of my adulthood was realizing I could say no to all of the over-familiar hugs that proliferate arts communities, after years of just accepting them with increasing discomfort. That's because we're taught to actively ignore consent, agency, and bodily sovereignty early on — both our own and others'. Think about the pranks, tickling, and horsing around you've been subjected to over the years, or all the aunts, uncles, and grandparents your parents made you hug or kiss even when you didn't want to. We can't keep teaching children that their desires don't matter and that no is a word that can be ignored, and then except them to all of a sudden understanding sexual consent when they hit puberty. The foundation has to start early.

7. It's Not All About The Ladies

9. You Have The Right To Change Your Mind

Consent is an ongoing process — you can change your yes to a no or your no to a yes and that's perfectly fine!