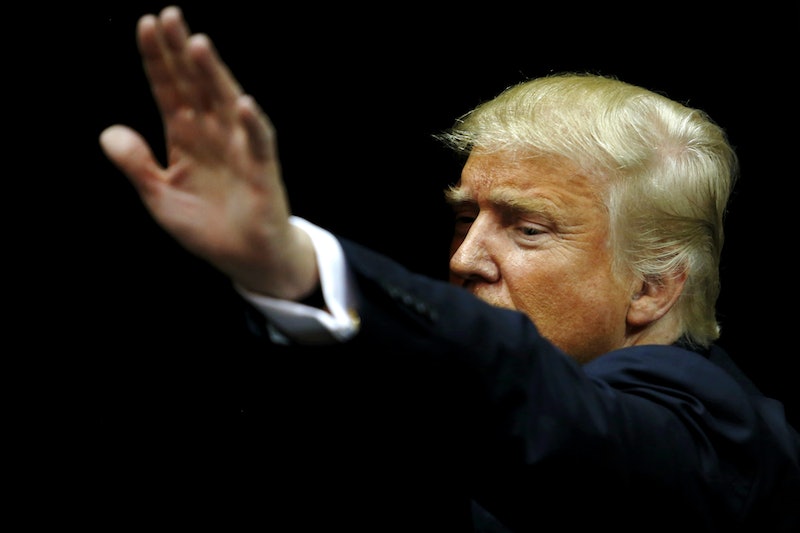 A team of investigative journalists from The Washington Post will publish a new Donald Trump biography. According to the press release, " Trump Revealed will offer the most thorough and wide-ranging examination of Donald Trump’s public and private lives to date, ... based on the investigative reporting of more than two dozen Post reporters and researchers who will leverage their expertise in politics, business, legal affairs, sports, and other areas."

Heading up the Trump biography project is Washington Post Executive Editor Martin Baron, whose time at the helm of The Boston Globe included the newspaper's 2002 Pulitzer Prize-winning exposé on the Catholic Church's sex abuse scandal, the basis for the Oscar-winning movie Spotlight. Trust me, Baron's not a guy who's afraid to make waves.

Will Trump Revealed paint the presidential hopeful in a positive or negative light? No word yet, but recent WaPo headlines about Trump include coverage of his so-called "charitable giving" and his flippity-floppity stance on abortion.

This is all to say that, if you're looking for a book to give your conservative uncle before November rolls around, Trump Revealed is the smart way to go. The new Donald Trump biography is currently slated for release on August 23.