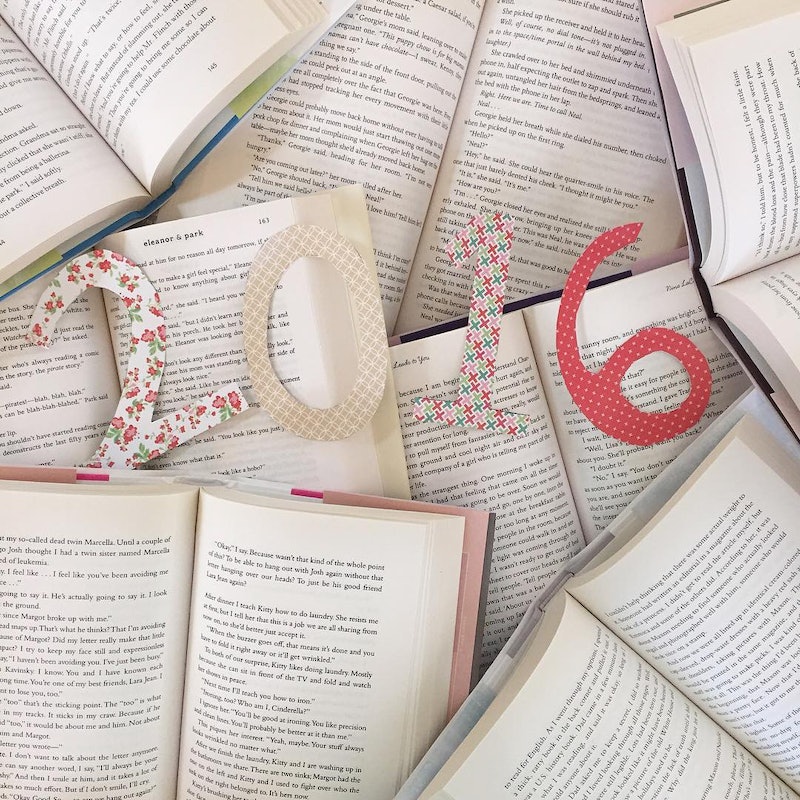 It is no secret that writers of color — and main characters of color in literature — have long been underrepresented, at least on shelves here in the United States. And since I (and, I imagine, lots of other book lovers) don’t necessarily dive headfirst into a novel's author bio when in the midst of a major book shopping spree, it is certainly true that my own bookshelves could stand to be a bit more diverse than they already are. Especially since writers of color — and stories featuring leading characters of color — are being published in the U.S. now more than ever (and since it literally takes just a few clicks to purchase anything you could ever want to read, via the internet, there’s really no excuse for not reading the work of writers from all over the world, of all different backgrounds.) One of the essential reasons we read books, after all, is to understand the stories that hardly resemble our own — or to find common ground where we expected none.

The authors of the books on this list come from all over the United States and the world, and their racial and ethnic backgrounds are as diverse as the stories they tell. Here are 14 great novels of 2016, written by people of color. Your bookshelves will thank you.

1. Behold the Dreamers by Imbolo Mbue

Jende and Neni Jonga are Cameroonian immigrants who moved to New York in search of better lives for themselves and their young son. At first, everything seems to be going as planned: both Jende and Neni acquire jobs that support their family, and life in America — while different than Cameroon — isn’t impossible. Until the economic collapse of 2008, that is, when the Jonga’s employers are faced with losing everything, and may not be able to employ the Jongas for much longer. Without the façade of wealth, the crumbling personal lives of the Jonga’s employers come to light, and both Jende and Neni begin to realize, as so many immigrants do, that the American Dream might not be all that it seems.

2. Before We Visit the Goddess by Chitra Banerjee Divakaruni

If there is a more complex relationship than that between a mother and daughter, I don’t know what it is. In the fraught landscape of mother/daughter love and hate, Chitra Banerjee Divakaruni greets her readers in a novel about female strength and ambition and how one mother’s decision can affect the lives of her family for generations to come. Before We Visit the Goddess takes Sabitri, Bela, and Tara — three generations of women — from Bengal, India, to the United States, as they escape their pasts, follow their dreams, and leave a legacy of freedom, heartbreak, and strength for the future of their family.

3. A House Without Windows by Nadia Hashimi

Taking readers into the heart of an Afghanistan still hostile to women, Nadia Hashimi’s latest novel follows the story of Zeba, a woman accused of her husband’s murder and imprisoned without proof. In jail, Zeba meets a group of women who have all been arrested for nothing more than breaking social norms: a teenager who chose jail over an “honor killing,” a young, unmarried mother waiting the court’s decision on the future of her and her baby, a woman for whom jail is the safest place for her in Afghanistan. But when a human rights lawyer pays the jail a visit, the truth of Zeba’s life will come to light.

4. The Birds of Opulence by Crystal Wilkinson

Opulence is a deep south town if there ever was one — filled with secrets and lies, magic and madness, passion and repression. The matriarchal community of Crystal Wilkinson’s imagination seems to contain enough stories to last a dozen novels. From Francine Clark, whose dead husband and rebellious daughter give the town quite a lot to whisper about, to Minnie Mae Goode-Brown, a community icon of sorts with plenty of secrets, the characters in The Birds of Opulence will draw you in and keep you turning pages from beginning to end.

Another novel about the secrets kept between mothers and daughters, Ladivine tells the story of Clarisse Rivière, known to her mother — a woman who knows nothing about Clarisse’s adult life — only as Malinka. While Clarisse has worked to keep the secrets of her childhood hidden from her husband and daughter — who know nothing of her mother, Ladivine — she also works to protect her adult world from that of her childhood. But when Clarisse’s husband leaves her, and the life she’s built for herself begins to collapse, she’s threatened with the collision of her present and her past.

Jazzy is a gal trapped between two worlds: that of old Singapore and new, traditional and globalized Singapore. She’s determined to come out on top, whatever that might mean. Plotting to have her and her girlfriends married — to white, Western husbands, no less — by the end of the year, Jazzy encounters a clash of cultures that threatens to send her entire plan awry. Traversing a landscape of gender politics and economic tensions, Sarong Party Girls will make you think about what it really takes to rise up in the world — and whether or not it’s worth all the trouble.

7. And After Many Days by Jowhor Ile

When 17-year-old Paul Utu disappears from Port Harcourt, Nigeria, it sends his family into a tailspin from which they may never recover. Ajie, the youngest Utu sibling, is wracked with guilt for having been the last to see Paul alive, and makes it his personal mission to find out what happened to his brother. But when his search uncovers long-buried family secrets, and the truth of a country burdened by political violence and stripped of its resources, Ajie realizes there may be more to his brother’s disappearance than he could have ever expected.

8. The Book of Memory by Petina Gappah

Convicted of the murder of Lloyd Hendricks, her adopted father, Memory has been residing in Chikurubi Maximum Security Prison in Harare, Zimbabwe, where her lawyer has asked her to write down everything about the murder as she remembers it. And remembers it she does — including the fact that she feels no remorse about Lloyd’s death. But the question is why? And was Lloyd really the man Memory remembers him to be? And did his death occur exactly as she claims? And why is Memory — a convicted murder — so darn likable, anyway? You'll just have to read The Book of Memory to find out.

9. What Lies Between Us by Nayomi Munaweera

Born in Sri Lanka, this novel’s unnamed narrator (you don’t find out her name until the very end) has a childhood marked by equal parts beauty and fear, joy and tragedy. One tragedy is so great that she and her mother are forced to immigrate to America, where the narrator must try to forget about her past while assimilating to the country of her future. But when her past and present begin to collide, threatening the narrator’s stability, she commits a crime that may be unforgivable. What Lies Between Us is a novel of her written confession.

10. The Kindness of Enemies by Leila Aboulela

A mesmerizing novel about what it means to be a Muslim in a post-9/11 world, The Kindness of Enemies tells two parallel stories: the first of Natasha, a Sudanese-Russian professor raised in Scotland, where she has lost almost all connection to her Muslim heritage; and the second, of 19th-century Muslim warrior and anti-Russian resistance leader Imam Shamil, who Natasha is researching and who will play a more active role in her present-day life than she could have ever imagined.

11. The Veins of the Ocean by Patricia Engel

When Reina Castillo’s brother is given the death sentence for a crime she blames herself for, Reina needs to begin her life anew. She moves to the Florida Keys, where she meets Cuban exile Nesto Cadena — a man awaiting the arrival of the children he was forced to leave behind in Havana. Through Nesto, Reina begins to make peace with her past, understand her family, and lay to rest the guilt she feels over her brother’s death and the crime that killed him.

Traversing the 300 years between 18th-century Africa to 21st-century America, Homegoing tells the story of two sisters, Effia and Esi, born in two different African villages at the same time. Effia and Esi share the same father, but are entirely unknown to one another. One will be sold into slavery, the other married to an Englishman and given a life of (relative) freedom and comfort, though their paths cross in an unexpected way. From civil war in 18th-century Ghana to 20th-century Harlem, this novel takes readers around the world and back, from the lives of Effia and Esi to those of their descendants.

13. The Association of Small Bombs by Karan Mahajan

When brothers Tushar and Nakul Khurana are killed by a bomb detonated in the Delhi marketplace where they are picking up the family television, their parents are devastated. Their surviving friend, Mansoor Ahmed, will live with the lingering effects of such violence and terror — and perhaps even survivor's guilt — for the rest of his life. Woven into Mansoor’s story is that of Ayub, a young Delhi activist, and Shockie, a Kashmiri bomb-maker. The Association of Small Bombs is an interesting, illuminating novel that explores the different journeys one might take from faithful to fanatical, from victim to terrorist.

Kyung Cho's debts and poor decisions are catching up to him in this novel about family loyalty, forgiveness, and love. Unable to afford his home any longer, and forced to care for aging parents he has no affection for, Kyung finds himself living in the same home as his father and mother for the first time since he was a child. When the feelings of that childhood surface — neglect, isolation, guilt, anger — Kyung begins to question if he is the good husband and father he’s always wanted to be, or if the scars from his childhood have informed his adult life more than he realized.