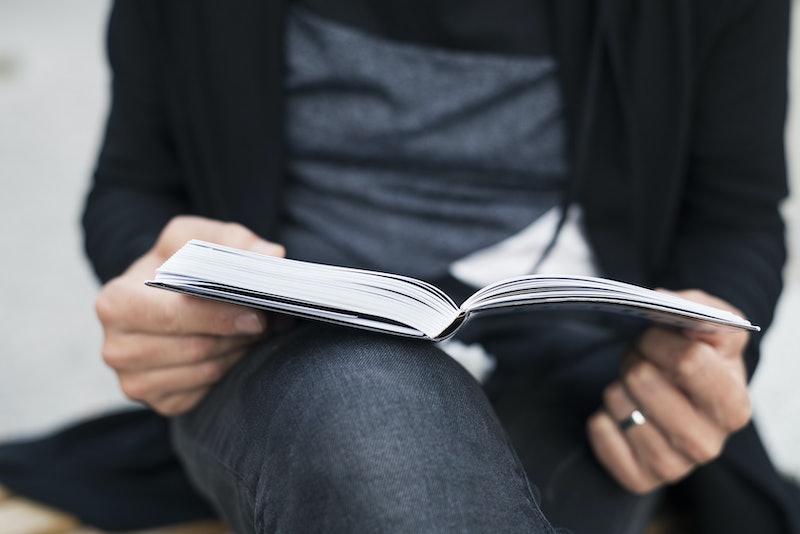 Hemings was the slave and half-sister of Jefferson's wife, Martha. She was a young teen — somewhere between 14 and 16 — when the widowed Jefferson first raped her. Of the six children that resulted from his assaults, only four survived to adulthood. Jefferson freed two of them in his lifetime, and the others in his will. He never freed Hemings. After Jefferson's death in 1826, his daughter, Martha Jefferson Randolph, allowed Hemings — her childhood maid — to live with her freed sons away from Monticello.

It's clear that Hemings could not possibly have given her consent to a sexual relationship with Jefferson. She was only a child when he began raping her. Legally, she was his property. The power dynamic would not have allowed her to willingly submit herself to Jefferson, because his desire coerced her in every way. Any romantic feelings she had for him would have been a form of Stockholm Syndrome.

For contrast, here's how Thomas Jefferson Dreams of Sally Hemings presents the first sexual encounter between master and slave. From Kirkus :

And so, when some half hour after Sally Hemings arrives late at the upstairs parlor, and Thomas Jefferson confesses breathlessly that he would very much like to lie with her as a man lies with his wife, and she whispers that she would like that, too…

Last year, romance novelist Stephanie Dray came under fire for writing a "50 Shades of Gray/Jefferson Mashup" that portrayed Hemings as Jefferson's willing submissive. After Trout called her out, Dray backtracked, and insisted that her comments were all a joke and that no such book existed, despite having previously stated that she and co-writer Laura Kay had "told [their] editor about it."

Although her efforts were successful, Trout wound up on the receiving end of Internet scorn for campaigning against racism and rape apologetics.

She's not alone in her frustrations. Check out these authors' responses to Thomas Jefferson Dreams of Sally Hemings.

Yes, Arthur Chu, they are.

So let's recap, just to be clear.

Yes, writers may take artistic license with history, but stories that contradict the above facts aren't edgy. You can't wave a magic wand and make historical tragedies disappear because you want to write a shocking, "sexy" story.

Speaking out against books that romanticize rape, abuse, and slavery is not censorship, bullying, or a violation of anyone's 1st Amendment rights. Instead, "[i]t's principled criticism," to quote Aya de Leon, because it draws attention to major problems in the publishing industry.

If you don't support its content, then don't support Thomas Jefferson Dreams of Sally Hemings. You don't have to ask bookstores or your local library to pull it off their shelves, but you can make a conscious decision to not read books whose content is problematic.