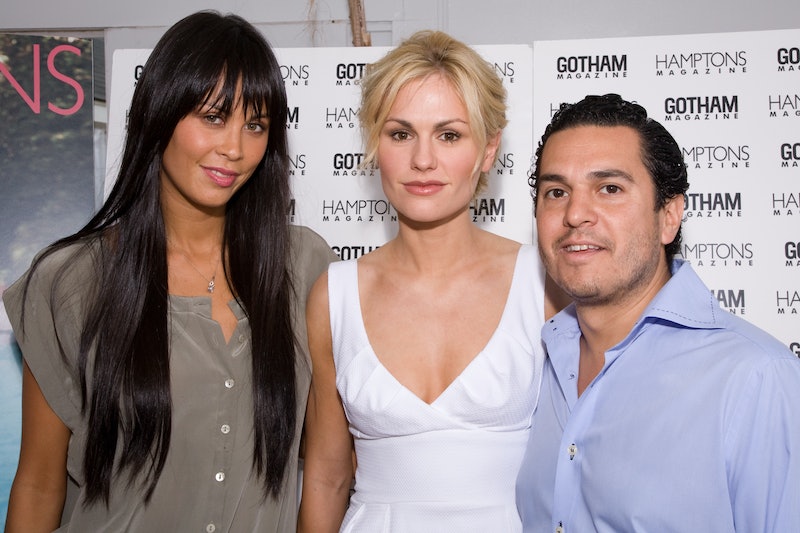 You know how they say age is just a number? Well, the same goes with height. There are some individuals who can be obsessed about how tall or short someone is when it comes to dating. Well, that definitely isn't the case for Real Housewives of New York City newcomer Julianne "Jules" Wainstein. As featured during the Season 8 premiere, Jules' husband Michael Wainstein is much shorter than his wife. It's something Dorinda Medley referenced and even warned Bethenny Frankel not to mention (yeah, that didn't work). Whatever the case, it's clear that his height doesn't bother Jules, because they've been happily married for eight years. But, if you really want to know how tall Michael Wainstein is, then here you go.

According to a March New York Post interview, Jules stands at 5'8". What about Michael? Well, his exact height isn't out there for the world to know and memorize, but it's obvious he is much shorter than his wife. However, there is a way to narrow it down with help from the above picture featuring actor Anna Paquin. Who would've thought that the former True Blood star would be the key to figuring out Michael's estimated height?

If you Google "Anna Paquin's height," the search engine says she is 5'5".

Michael is shorter than Paquin. However, she is wearing heels, as you can see below. Those heels also make her almost as tall as Jules.

If you try to picture Paquin standing next to Michael without heels, I'm going to say that he is probably around 5'5", as well.

Plus, if you take a gander at the below photo of Michael with Jules minus heels, he really isn't that much shorter than her.

Yes, Jules is bending her knee slightly, but she isn't hunched over or slouching. If she stood up completely straight, then I think it's safe to say she and Michael are closer in height than some might have originally thought. If you think about it, Jules probably wears heels a lot (and will most likely do so on RHONY), which makes her a lot taller than Michael depending on the height of the heel.

With that, I've basically proven my estimation of Michael being around 5'5". I'd like to thank Anna Paquin for helping me solve this mystery that I'm sure my fellow RHONY fans have been wondering about themselves.