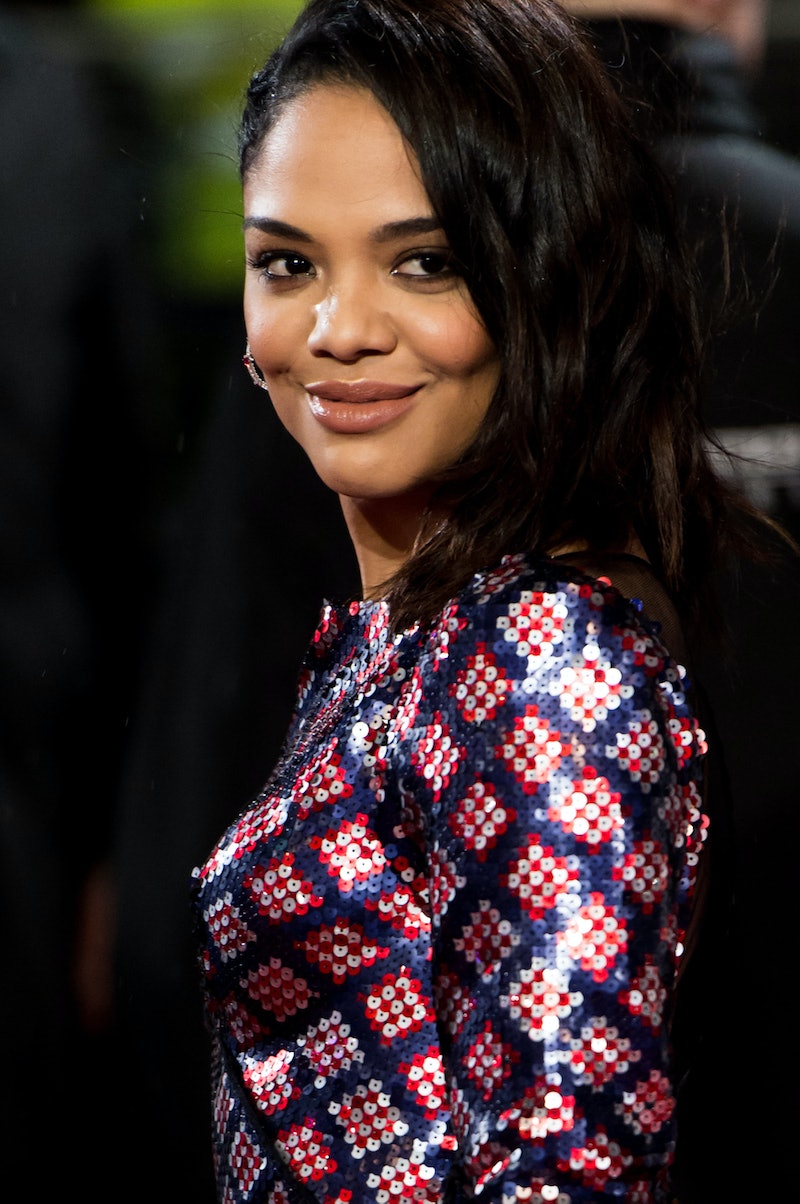 The Avengers have Black Widow and the Scarlet Witch, but, thankfully, the reign of female Marvel superheroes hitting the big screen is not ending there! Deadline announced on Monday that actress Tessa Thompson — best known for her roles in Creed and Westworld — is stepping into the Marvel Universe for the upcoming third installment of the Thor storyline, Thor: Ragnarok. However, another vital detail from the casting news is what seems to be really catching my attention. Why? Because it's exactly the kind of character female comic book fans have been waiting for. Yep, that's right: Tessa Thompson will join Marvel's list of female superheroes.

So, what can we expect from the latest addition? Well, while not all of the details surrounding who her character actually is have been revealed, one important notion fans do have is that this is no small role in the span of the overall franchise. "Thompson’s character in Thor: Ragnarok will be a kind of superhero and will appear in other Marvel films as well," reported Deadline. Meaning that, yes, Thompson is pretty much signed on to flaunt some super powers (whatever those may be) in this film and beyond.

However, when it comes to the further details released about her role, that's where the mystery starts to set in. Because, as it turns out, Thompson's currently unnamed character is not only fighting her own battles, but she's also stepping in for Natalie Portman's character, Jane, by being Thor's brand new love interest.

So, how can fans know what to expect when it comes to a new superhero and love interest for Thor? Of course, the superhero rumor mill is turning in regards to her character being either Valkyrie or Enchantress — since those two characters have been previously linked to appearing within this third film. However, what we can specifically expect from our next female superhero is hopefully so much more.

Aside from the fact that her character is both a superhero and a woman, Marvel can also be applauded for increasing the amount of non-white actors in their films: Thompson is now one of the few Marvel superheroes not being played by a white actor. This is especially important since the list only seems to prominently include the likes of Anthony Mackie — while most other diverse actors are in less featured and prominent roles.

That's not all, either: Thompson's character also happens to be joining in on the action as a lone character within the Marvel franchise. That's right. While the Scarlet Witch joined in with her brother, Quicksilver, by her side in Age of Ultron, and Scarlett Johansson's Black Widow joined the team alongside Hawkeye, Thompson's character will hopefully be stepping onto the scene solo. And, despite being linked to Thor as a love interest already, hopefully she will enter separately and only begin catching his eye later on. Because, if so, this female superhero can be yet another stride in a direction where Marvel women are stronger and more independent.

So, just how badass and independent is this hero? We'll have to wait until the November 3, 2017 release of Thor: Ragnarok to find out. But hopefully, soon after, Marvel will be letting us know if one of Thompson's future films with them will be a solo film. Because, with Thor 's independent movies coming to an end, that is certainly the next direction this universe needs to go in.