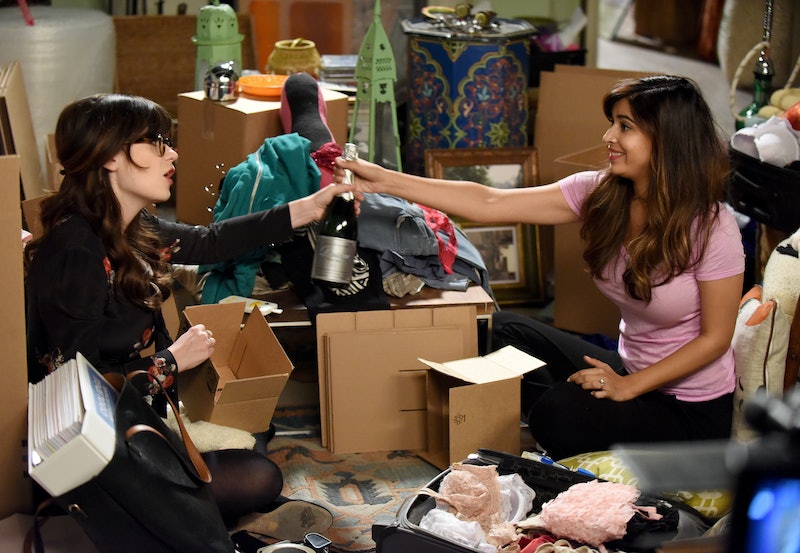 Pop some bottles, gang, because Fox has officially renewed New Girl for Season 6. Of course, this really shouldn't be a surprise — but hey, confirmation doesn't hurt. When it was announced on April 12 that the series would carry on, Fox President Dave Madden had high praise for the series — in his statement about the renewal, Madden said, "Every network comedy should aspire to what Liz Meriwether is achieving in New Girl, with its bravura dialogue, inventive and witty performances by the talented cast and emotionally engaging storytelling." He then added, "The series is as creatively strong today as it ever was."

With high praise like that from the head of the network as well as storylines that remain fresh this many years on, there's no telling how long New Girl will go on (and you won't see me complaining about that).

If you're not familiar — the show follows a girl named (who's that girl? It's...) Jess, who, at the beginning of the series was getting over a harsh breakup and happened to move in with three incredibly good-looking single guys. The crazy antics of these roommates, Jess, and her best friend Cece are covered in the series. The end of Season 5 boasts a lot of fun guest characters such as Megan Fox, David Walton, and Nasim Pedrad, amongst others, I'm excited to see where this season leaves off so we can see what Season 6 will bring (and maybe Seasons 7, 8, and 9?) Bring on more New Girl!