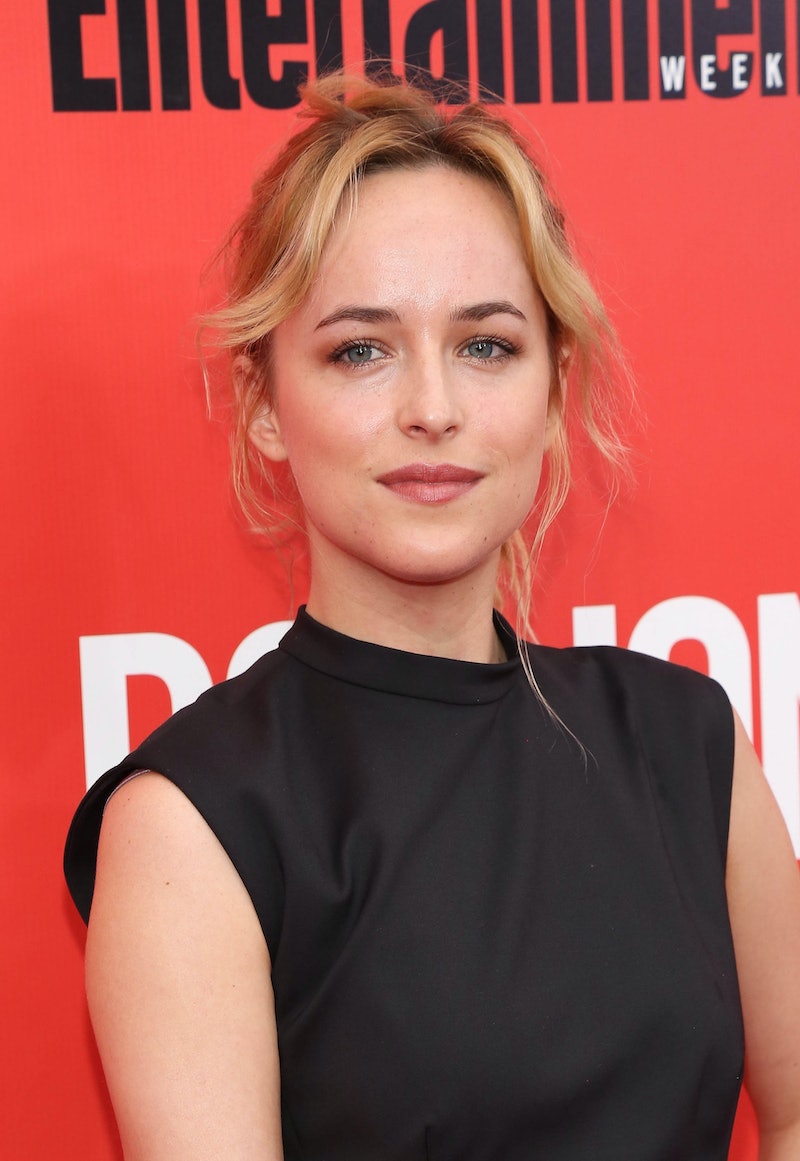 So far, when Dakota Johnson has spoken about filming Fifty Shades of Grey , she's mentioned that she thinks E.L. James' novel is an "incredible love story" and recently expressed to Elle that she thought that Christian Grey and Anastasia Steele "breaking each other down emotionally" was the most interesting thing to her about the book. I'm not sure if Johnson, who plays Anastasia in the upcoming movie, is aware that the book is actually about extremely erotic sex. And that legions of the mega-bestselling book's fans expect and want hot, hot sex scenes on the big screen. Now, Dakota Johnson's interview with Vanity Fair about Fifty Shades of Grey has cooled the sexy-talk factor about the film again, calling her character "boring."

"A lot of it is getting into the character's head, in Ana's headspace before she meets Christian, so it's a lot of reading, which I love," Johnson says, regarding prepping for the role. "She's an English major, so that's kinda boring."

Now, now, Dakota. Don't insult English majors everywhere. We're fun and sexy people, I promise. I understand that Ana wasn't considered "cool" before she met Christian, but fans may be disappointed to hear that she doesn't think a certain part of her role isn't spicy, or isn't injecting enthusiasm into a big part of the book.

It's been a very smooth and fun and creative experience. I think going into something like this, you kind of have fears of what it could be like and none of those fears are happening," says Johnson. We all get along really well and the crew's amazing. We're just all trying to make this project the best it can be.

Critics' reactions to the film might be drowned out by fans' reactions — and Johnson thinks there's a good chance that that fan base might solely be moms.

Eesh. Johnson may love them, but will they love her after seeing this movie? TBD.