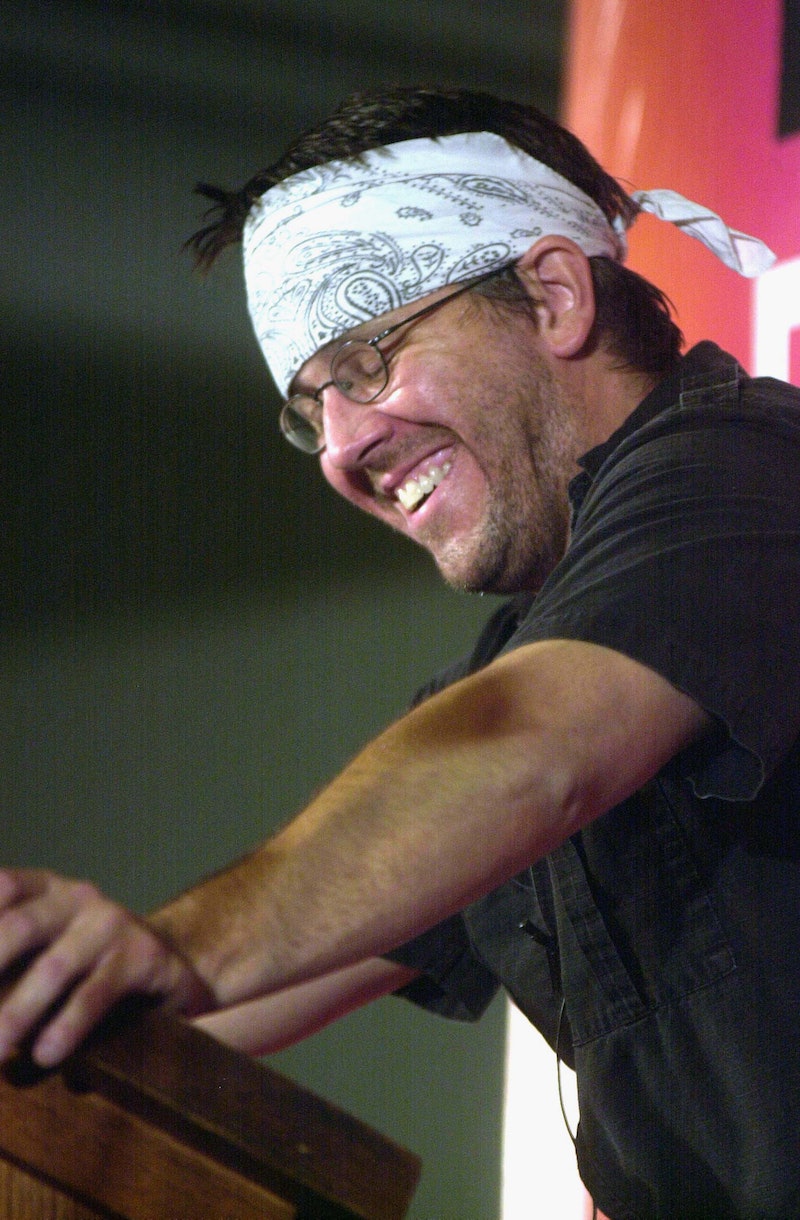 If you've talked to me for more than five minutes, you probably know that I'm a huge fan of author and essayist David Foster Wallace. In my opinion, he's one of the most fascinating writers and thinkers that has ever lived, and he possessed an almost supernatural ability to articulate the human experience.

Listen, you don't have to be a pretentious white dude to fall for DFW. I know that stigma is out there, but it's just not true. David Foster Wallace's writing will appeal to anyone who likes to think deeply about the human experience. He really likes to dig into the meat of a moment — from describing state fair roller coaster rides to examining the mind of a detoxing addict. His explorations of the human consciousness are incredibly astute, and I've always felt as thought DFW was actually mapping out my own consciousness.

Contrary to what some may think, the way to become a DFW fan is not to immediately read Infinite Jest . I love Infinite Jest. It's one of my favorite books of all-time. But it is also over 1,000 pages long and extremely difficult to read. It took me seven months to read it for the first time. That's a lot to ask of yourself as a reader.

My recommendation is to start with David Foster Wallace's essays. They are pure gold. I discovered DFW when I was in college, and I would spend hours skiving off my homework to read anything I could get my hands on. Most of what I read I got for free on the Internet.

So, here's your guide to David Foster Wallace on the web. Once you've blown through these, pick up a copy of Consider the Lobster or A Supposedly Fun Thing I'll Never Do Again .

1. "This is Water" Commencement Speech

Technically this is a speech, but it will seriously revolutionize the way you think about the world and how you interact with it. You can listen to Wallace deliver it at Kenyon College, or you can read this transcript. Or, hey, do both.

This is a classic. When he goes to the Maine Lobster Festival to do a report for Gourmet, DFW ends up taking his readers along for a deep, cerebral ride. Asking questions like "Do lobsters feel pain?" Wallace turns the whole celebration into a profound breakdown on the meaning of consciousness. (Don't forget to read the footnotes!)

Another episode of Wallace turning journalism into something more. Harper's sent DFW to report on the state fair, and he emerged with this masterpiece. The Harper's subtitle says it all: "Wherein our reporter gorges himself on corn dogs, gapes at terrifying rides, savors the odor of pigs, exchanges unpleasantries with tattooed carnies, and admires the loveliness of cows."

DFW was obviously obsessed with tennis, but you don't have to like or know anything about the sport to be drawn in by his writing. In this essay, originally published in the sports section of The New York Times, Wallace delivers a profile on Roger Federer that soon turns into a discussion of beauty with regard to athleticism. It's hypnotizing to read.

4. "Shipping Out: On the (nearly lethal) comforts of a luxury cruise"

Later published as "A Supposedly Fun Thing I'll Never Do Again" in the collection of the same name, this essay is the result of Harper's sending Wallace on a luxury cruise. Wallace describes how the cruise sends him into a depressive spiral, detailing the oddities that make up the strange atmosphere of an environment designed for ultimate "fun."

This is definitely in the running for my favorite DFW essay. (It's so hard to choose.) Fiction writers! Television! Voyeurism! Loneliness! Basically everything I love comes together in this piece as Wallace dives into a deep exploration of how humans find ways to look at each other. Though it's a little long, it's endlessly fascinating.

"You are invited to try to imagine what it would be like to be among the hundred best in the world at something. At anything. I have tried to imagine; it's hard."

Originally published in Esquire, this article takes you deep into the intricate world of professional tennis. Wallace uses tennis (and specifically tennis player Michael Joyce) as a vehicle to explore the ideas of success, identity, and what it means to be a professional athlete.

Written in the days following 9/11, this article details DFW and his community's struggle to come to terms with the attack.

8. "Tense Present: Democracy, English, and the Wars Over Usage"

If you're a language nerd like me, you'll really dig this one. A self-proclaimed "snoot" about grammar, Wallace dives into the world of dictionaries, exploring all of the implications of how language is used, how we understand and define grammar, and how the "Democratic Spirit" fits into the tumultuous realms of English.