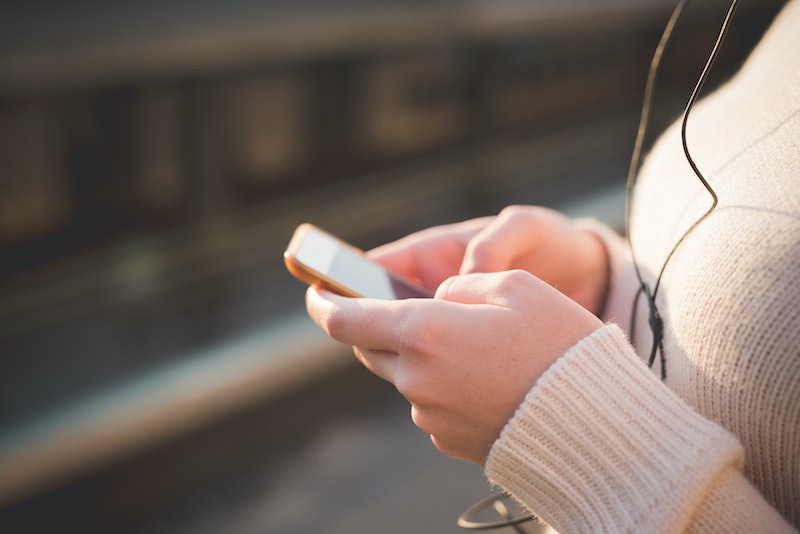 An app came out at the end of last year that made getting birth control — at least for women in California and New York — so, so much easier than it had been before. Called Nurx, Marissa Higgins reported that the free birth control delivery app lets women enter their insurance information, the type of birth control they take, and some health information. After a doctor reviews all the info, they send the prescription to a local pharmacy, which delivers right to the woman’s door. The news that someone was actually making birth control more accessible instead of less was a lovely cap on a year that felt like a constant battle for people who care about reproductive rights.

But Nurx wasn’t satisfied with stopping at birth control. The company just announced that they’ve started delivery for Truvada, which is a pre-exposure prophylaxis drug, also known as PrEP. Approved by the U.S. Food and Drug Administration in 2012, Truvada is a daily pill for people who are at risk of contracting HIV. Studies have shown that it’s 90 percent effective in preventing HIV infection transmitted by sex and 70 percent effective at preventing infection transmitted by shared needles used for drug injection. Even more encouraging, the recent study conducted by University of California researchers included 657 people who took Truvada for PrEP, none of whom had contracted HIV by the end of the two and a half year study period.

With numbers like that, you’d think that every person in a high risk group for HIV would be flocking to the pharmacies to get on the new drug, right? Unfortunately, though, that’s not the case — the CDC has determined that 1.2 million should be on PrEP but only 21,000 actually are. Nurx CEO and co-founder Hans Gangeskar points three reasons for this discrepancy: stigma around HIV infection, lack of knowledge about the drug's existence, and the fact that “there is also a shortage of doctors who will prescribe it.”

“Each year, more than 40,000 Americans are infected with HIV,” says Edvard Engesaeth a medical doctor and Gangeskar’s co-founder in a press release. “However, studies show that if taken daily, Truvada for PrEP can significantly reduce the chances of transmission of the virus. Our app makes Truvada more accessible for people who need this revolutionary drug.”

Similar to their birth control delivery option, Nurx’ PrEP delivery system means that people don’t have to go and look a doctor in the face and then go and look a pharmacist in the face in order to get the drug, which is huge. Anyone who has ever worried that they had an STI and had to go explain what happened to a doctor in order to get tested and treated knows just how nerve-wracking getting any kind of sex-related health care can be in our sex negative culture. Hopefully by reducing the face-to-face time necessary to get the drug, Nurx’ system will help reduce the new number of HIV cases in 2016.