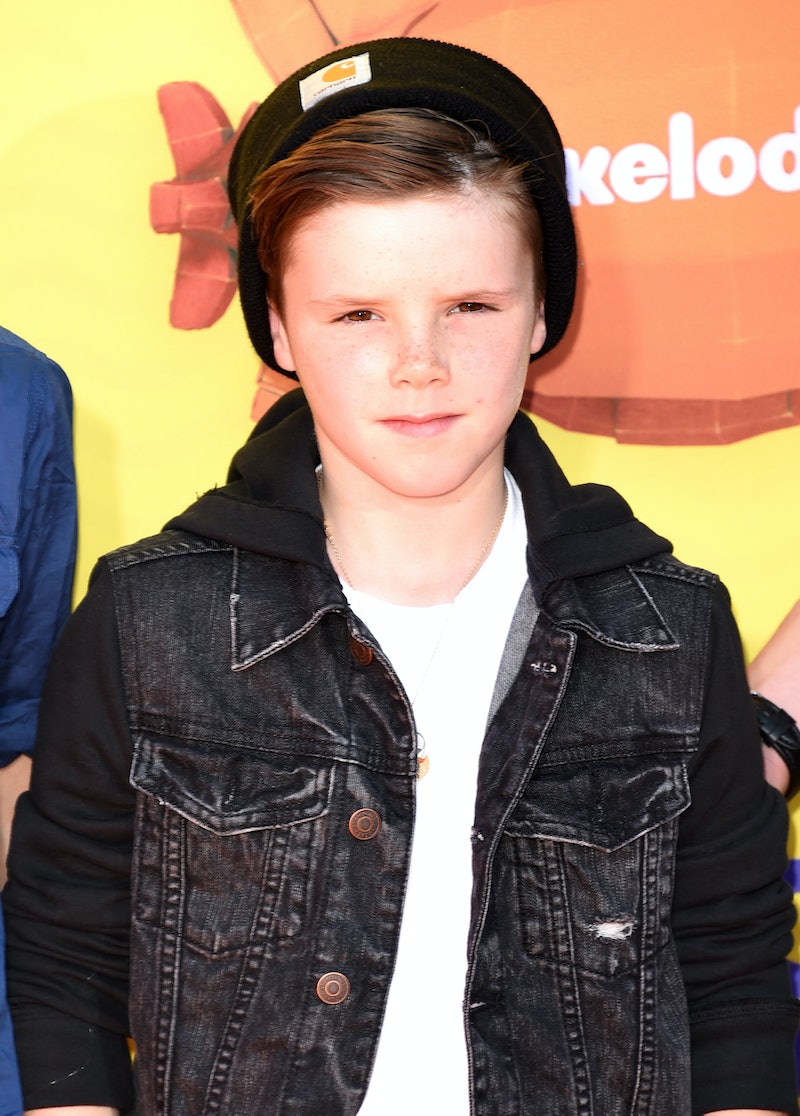 It is a fact that the Beckham family is one of the most adorable, attractive, and sweet famous families in Hollywood. Mom is Victoria Beckham and Dad is David Beckham, so their children were pretty much destined for greatness. The two eldest boys, Romeo and Brooklyn, have already proven that they are ready for the big time with their promising modeling and photography careers. But don't think that the talent in this family has run dry. Victoria posted a video on her Instagram of third son Cruz Beckham singing "Hope" by Twista and Faith Evans and he's got the skills to be a future pop star.

The first thing that came into my mind while watching the 15-second clip was that he sounds almost identical to Justin Bieber in his early "Baby" days. If you look up Bieber's early clips on YouTube, from before he even released an official single, Cruz definitely sounds a lot like him. I mean, did you hear those little riffs? So cute! I've watched enough America's Got Talent to know that he's got an ear for music like his momma, and he's only 11 years old, so he's got a lot of time to grow into his talent.

It actually seems like the most obvious thing for Cruz to do is to be a pop star. He already has the platform of being the offspring of two of the most famous and successful people on the planet. Victoria's fan base reaches the realms of fashion and music, and David, as a legendary soccer player, pretty much reaches everyone else. He's obviously talented enough, but his parents would be an undeniably good way of getting the word out.

And this is not the first time Cruz has showed off his pop star talents. Way back in 2008, when he was only 3-years-old, Cruz danced at a Spice Girls reunion show and he was not shy one bit. After break dancing in a stadium in front of thousands of screaming fans, he has already more experience than most people in the beginning of their careers. He even confidently showed off his moves court side at an L.A. Lakers game with his dad.

Cruz clearly already has the talent to be a successful artist, but of course, he has to decide what he really wants to do and there's plenty of time for that. We'll have to wait and see if we'll be blessed with another generation of Beckhams in entertainment. I sure hope so.