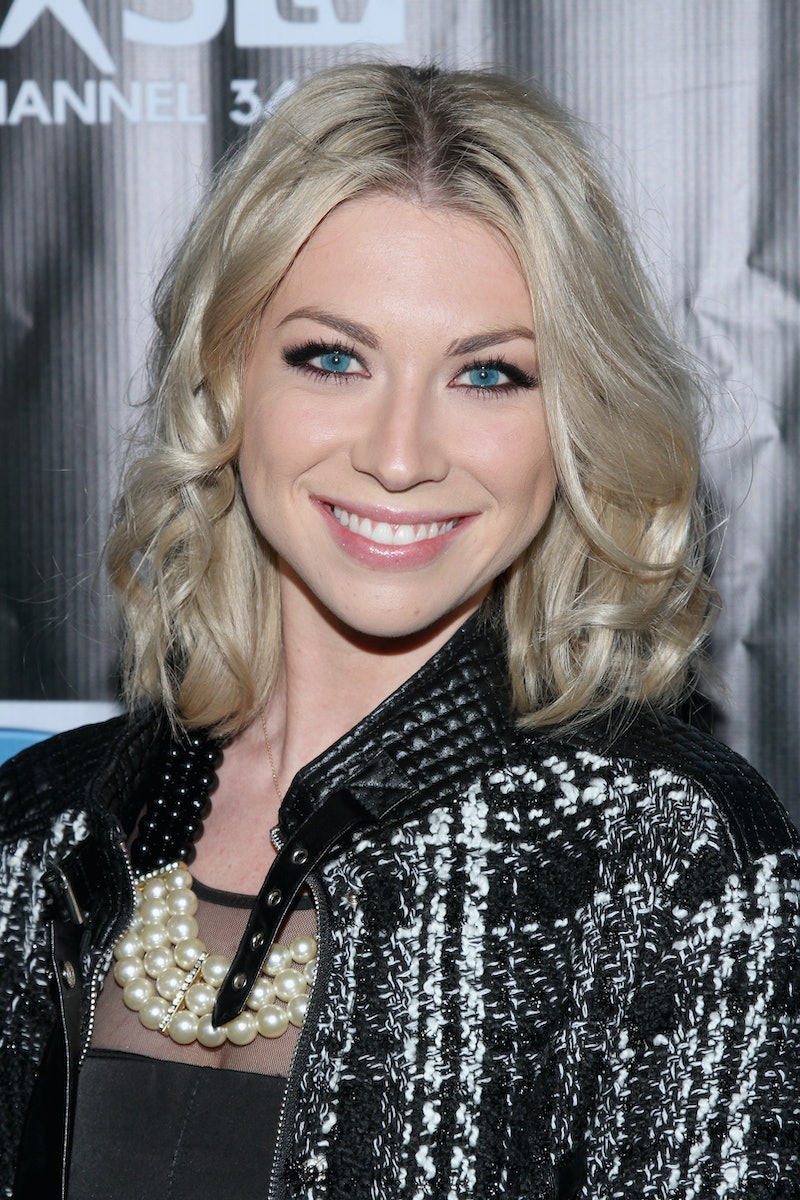 While we loved watching Stassi Schroeder and Jax Taylor's dysfunctional relationship unravel on Vanderpump Rules into a tangled heap of frivolous tattoos, fights, and trust issues, it's just a thing of the past now. Done. Finito. And it kind of makes us sad, because the kind of entertainment that their relationship brought to TV was the reason why popcorn was invented. However, Stassi recently packed up her bags, quit SUR, and moved to New York City to be with her new boyfriend, Patrick Meagher. Many things have been documented about the reality star's move to the Big Apple, but not about the guy that she seems to be head-over-heels for. So who is he?

Meagher is the host of a Sirius XM Sports Zone show called "Cocktails With Patrick" and is originally from Michigan. His show was originally on Cosmo Radio before the station shut down, which explains how he got on Stassi's wavelength.

“I was listening over the summer and he was talking about soulmates and how his soulmate could be across the country, and I tweeted at him,” Stassi says to Wetpaint. “He responded because one of his friends had said to him ‘You would actually like this girl.’ So my name was already in his head and I was [in NYC] two weeks later. We met, and it was like magic.”

Ahh. Love at first sight where Stassi flew across the country. Not lust across the SUR bar where Stassi got into many a fight with Jax. And it sounds like Meagher has his life together which is good for Stassi, who wanted something more stable than Jax's part-time bartender and part-time model career.

And remember when Jax had to apologize profusely to Stassi's dad for cheating on her and how awkward it was visiting her mom and little brother?

“[Patrick] has met my mom, my sister, and my brother. They adore him,” Stassi says. “My sister hates every single person that I date, so this is a huge deal that she loves him.”

Stassi even showed off a P&S necklace (Patrick & Stassi, awww) that she proudly wears, which shows that she's really in love, because she's never the type to display those kinds of affections. She ridiculed Jax when he got a tattoo of her name on his arm after they broke up... but who didn't?

Well Stassi, when it's right, it's right. And it's even more right when you don't have violent feelings toward the person you're dating, such as wishing you could "take every fork and knife and just graze over [Jax's] body until he slowly bleeds to death." Hopefully, Patrick will never have to cross that path.

Here's a recent pic of the two: