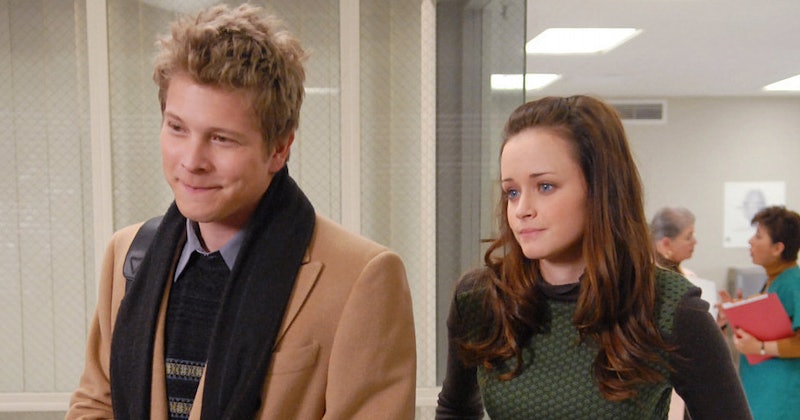 When asked whether she is on team Jess, Logan, or Dean in interviews about Netflix's Gilmore Girls revival, Rory portrayer Alexis Bledel has usually deflected the question, instead saying to places like Nylon that she thinks Rory would have "moved on from all of them." I completely agree, which is why I was disappointed to find out that all three of Rory's major love interests, played by Matt Czuchry, Jared Padalecki, and Milo Ventimiglia, are going to be in the Gilmore Girls revival.

It's not that I hate all of Rory's former boyfriends; I think they were good characters on the show, and all of them made sense for Rory at the time she dated them. However, the idea that years after graduating college, ambitious Rory Gilmore will still be dealing with her high school and college boyfriends seems unfair and unrealistic for a character who is supposed to be an independent trailblazer.

Are we really expected to believe that neither Rory nor her former boyfriends have moved on? That all four characters find themselves back in Stars Hollow, only to encounter each other and get sucked into their younger selves' flings? It doesn't seem like something that would happen in reality, and even if it did, that it should happen to Rory Gilmore, a strong, smart, independent woman who's likely built a life for herself apart from her exes.

And it takes away from what the Gilmore Girls revival should be all about. I know my expectations are high; I'll be disappointed if the revival is anything but a Grey Gardens-like exploration of how two women have alienated the world with their clever mockery and are left alone with only each other to feebly quip at. But I'm still hoping that the revival won't be about Rory's love life, but instead about the relationship between the Gilmore women and other developments in their lives.

The incorporation of Jess, Dean, and Logan seems like a fan-servicing move meant to answer the oft-posed question about what guy Rory is best with, and while that's perfectly understandable, it's not where the revival's focus should be. Instead, the show should, in my opinion, follow the idea of a happily single (or in a relationship with someone new) Rory who's grown past the drama she clearly thrived on in her earlier years. It's difficult to imagine a scenario that would bring Rory back to Stars Hollow alongside her exes without her character being compromised, and I just can't imagine that the situation won't seem forced, or at the very least implausible. Rory deserves a future that doesn't include all three of her exes.

This isn't to say that there isn't any kind of context in which the return of Rory's three formative cuties will be satisfying for me. I like the idea of Rory hitting some kind of rock bottom and calling them all up, only to figure out that none of them were really right for her, or that they are busy with their own lives. Let's be honest: Rory has never really had to work for male attention, but she's often seemed kind of passive in the choices she's made. I like to think that in the revival, she will have enough maturity to make a decision not based purely on emotions or because someone has dramatically professed his love for her, but using the intelligence and practicality fans know she possesses in abundance.