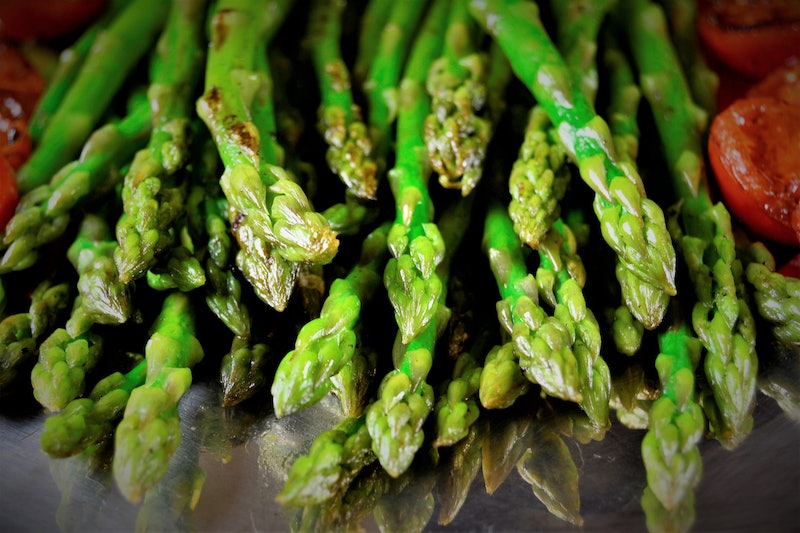 Asparagus reigns supreme among the early spring veggies, but its delicate flavor and beneficial health properties are marred by just one smelly mystery. But thanks to science, we no longer have to spend fitful nights wondering why asparagus makes pee smell weird. For many of us, consuming asparagus causes an unpleasant sulfurous smell during subsequent bathroom trips. Danielle Reed, author of a 2011 study concerning asparagus-pee odors published in the medical journal Chemical Senses, described the odor as a cabbage soup smell. Historically, this tyranny of spring has also been noted by great thinkers such as Ben Franklin and Marcel Proust. So if you love asparagus but hate the aftermath, you are in good company.

The distinctive scent is caused by the body metabolizing the (aptly named) asparagusic acid. Asparagus is the only veggie to contain this, and when digested it is broken down into sulfur-containing compounds. These chemicals such as methanethiol, dimethyl sulfide, and many others, are volatile and thus have a propensity to evaporate easily. So, once expelled we can easily smell them, sometimes as quickly as 15 to 30 minutes after eating the oh so tasty asparagus.

If this all sounds crazy, you may be one of the lucky people spared from this bodily indignity.

Recent studies have found that not everyone has the ability produce the scent or the ability to smell it. Detecting and producing the scent comes down to genetic differences in the olfactory receptors, according to a 2010 study. The genetic sequencing company 23andMe found that ability to smell the rotten egg-like asparagus pee was linked to a small sequence of DNA, having this the variation in this code (rs4481887, for those of you attempting to do this at home) makes people the worst superhero ever.

In a 2011 study, researchers at the Monell Chemical Senses Center sought to clarify the previous findings. In the study, participants were asked to smell pre and post-asparagus eating urine samples and identify the which was which, and they also had their DNA sequenced.

"That odorant receptor doesn't explain the entire perception of the volatiles of asparagus urine, but it definitely explains part of the acuity that people have," Reed told LiveScience. If you are one of those lucky few who can eat asparagus without worrying about later repercussions, you can try this test with a very good friend and see if their nose knows something yours does not. Otherwise, keep enjoying the beneficial vitamin C, fiber, and iron, and try to ignore the smell!