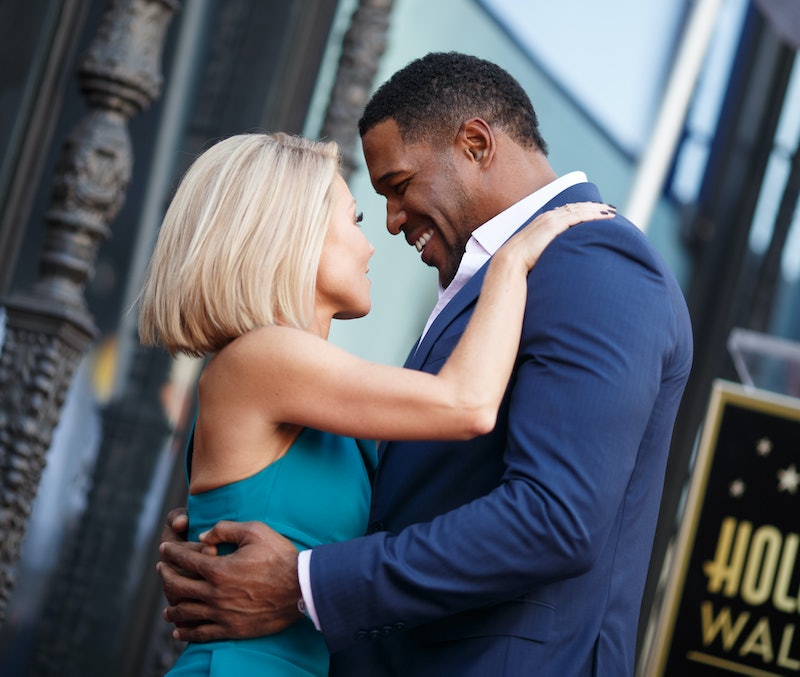 Michael Strahan, former NFL player turned talk show host, will be leaving Live With Kelly And Michael for a full-time position at Good Morning America. Prior to Strahan joining the show in 2012, Kelly Ripa had been hosting Live solo since legendary host Regis Philbin left in 2011. So when does Michael Strahan leave Live With Kelly and Michael ? Does Kelly Ripa have much time to replace her hosting partner?

Update: On April 26, ABC announced that Michael Strahan would be leaving early. His final day on Live! will be Friday, May 13, which, according to the statement released, "not only gives the show the chance to have a nice send-off for him during the May book, but to also immediately begin the on-air search for a new cohost."

Earlier: According to The Hollywood Reporter, Strahan will "likely leave Live over the summer," before he joins Good Morning America, where he"will begin his full-time duties in September". While there's no fixed date in place for his final episode, it looks as though Strahan will begin winding down his role on Live With Kelly And Michael in the next couple of months. Since his transition to appearing on daytime TV, Michael Strahan has become an instant hit with viewers. In 2012, TV By The Numbers reported that Michael Strahan joining the show resulted in "the program's highest rated season premiere week in six years," which was a pretty impressive boost in viewing figures.

Strahan's likability and star power is undoubtedly what scored him his new job on Good Morning America, a show he's been appearing on twice a week since 2014. The former football players permanent full-time role Good Morning America is another in a long line of achievements, and the move is due to take place very soon.

The TV host's move the a new show has clearly been a big decision, with Strahan telling The Hollywood Reporter, “My time with Live with Kelly and Michael has been transformative, and my departure will be bittersweet. Kelly has been an unbelievable partner, and I am so thankful to her and the entire team. I am extremely grateful for the amazing support I've received from all of the fans." Everyone stockpile on tissues, as it's going to be a sad day when Strahan has to leave Ripa for good.

Clearly, Michael Strahan is more in demand than ever. He'll host a reboot of $100,000 Pyramid, due to air in summer 2016 on ABC, so Strahan's schedule is looking busier than ever. While it'll be sad to see him leave his brilliant partnership with Kelly Ripa, Michael Strahan has an amazing future ahead of him.